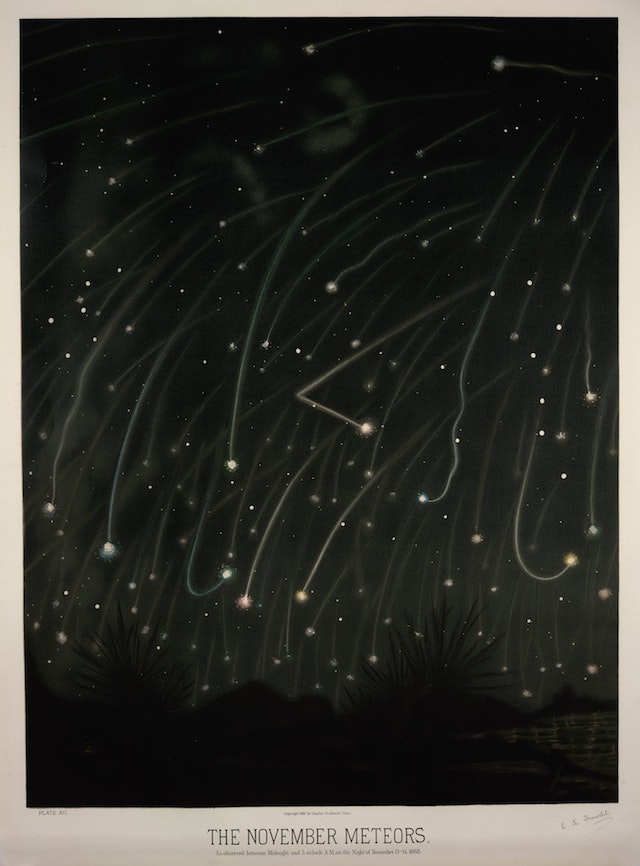 One of the fifteen exquisite chromolithographs produced from pastel works by French artist and astronomer Étienne Léopold Trouvelot, for The Trouvelot Astronomical Drawings published in 1882. After a somewhat disastrous foray into entomology (he accidentally introduced the highly destructive European Gyspy moth onto North American soil), Trouvelot turned to illustrating the heavens and was invited onto the staff of the Harvard College Observatory when the then director Joseph Winlock saw the quality of his illustrations, and in 1875 he was invited to use the U. S. Naval Observatory's 26-inch refractor for a year. As well as his illustrations, Trouvelot also published some 50 scientific papers, and was credited with discovering "veiled spots" on the Sun in 1875. (Image source: New York Public Library)