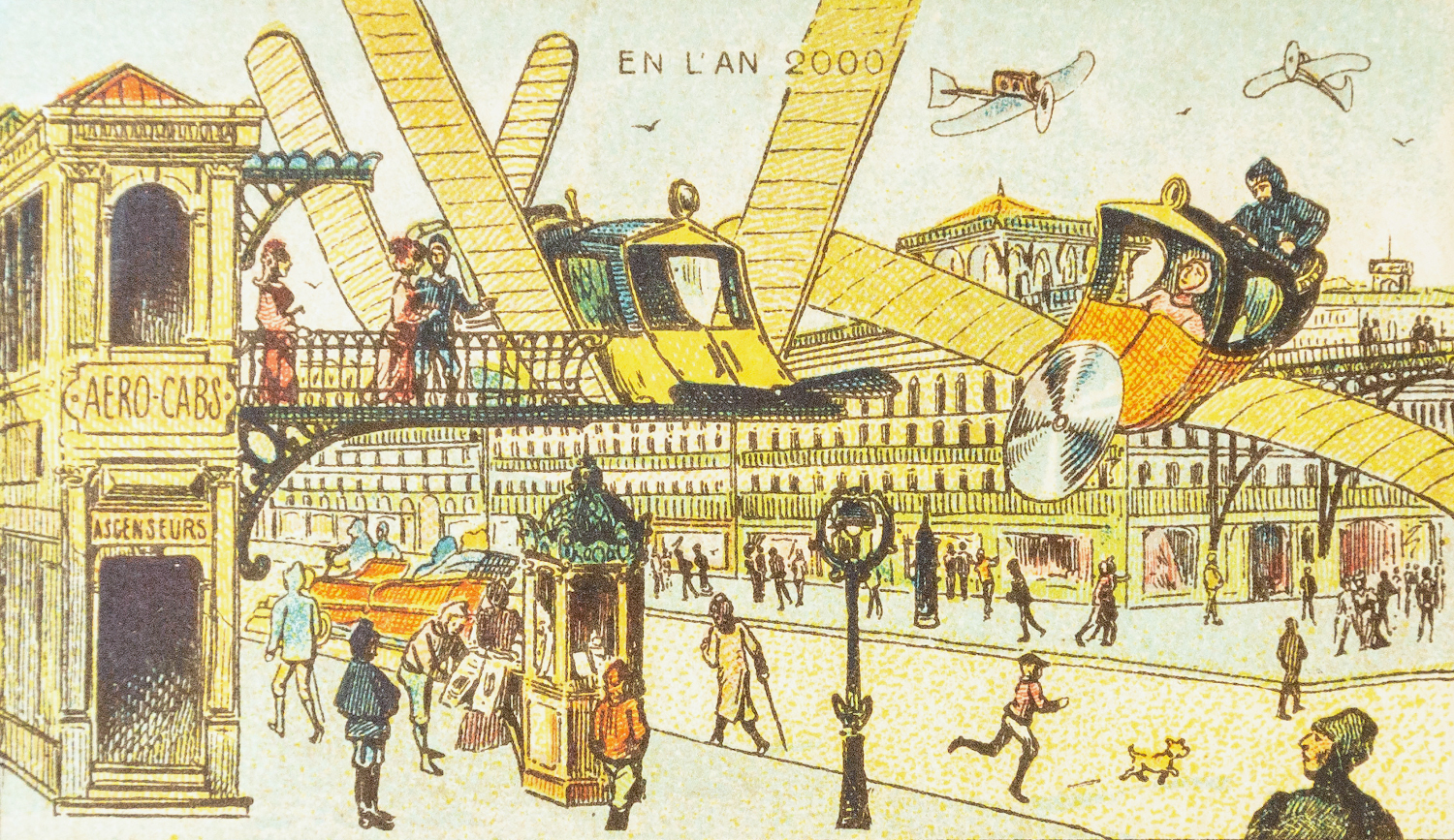 A series of futuristic pictures by Jean-Marc Côté and other artists issued in France in 1899, 1900, 1901 and 1910. Originally in the form of paper cards enclosed in cigarette/cigar boxes and, later, as postcards, the images depicted the world as it was imagined to be like in the then distant year of 2000. As is so often the case their predictions fell some way off the mark, failing to go far enough in thinking outside the confines of their current technological milieu (hence the ubiquity of propellors, not to mention the distinctly 19th-century dress).

There are at least 87 cards known that were authored by various French artists, the first series being produced for the 1900 World Exhibition in Paris. Due to financial difficulties the cards by Jean-Marc Côté were never actually distributed and only came to light many years later after the science-fiction author Isaac Asimov chanced upon a set and published them in 1986, with accompanying commentary, in the book Futuredays: A Nineteenth Century Vision of the Year 2000.