Very final day of our Fundraiser!We need your help to keep the project alive!Donate Today 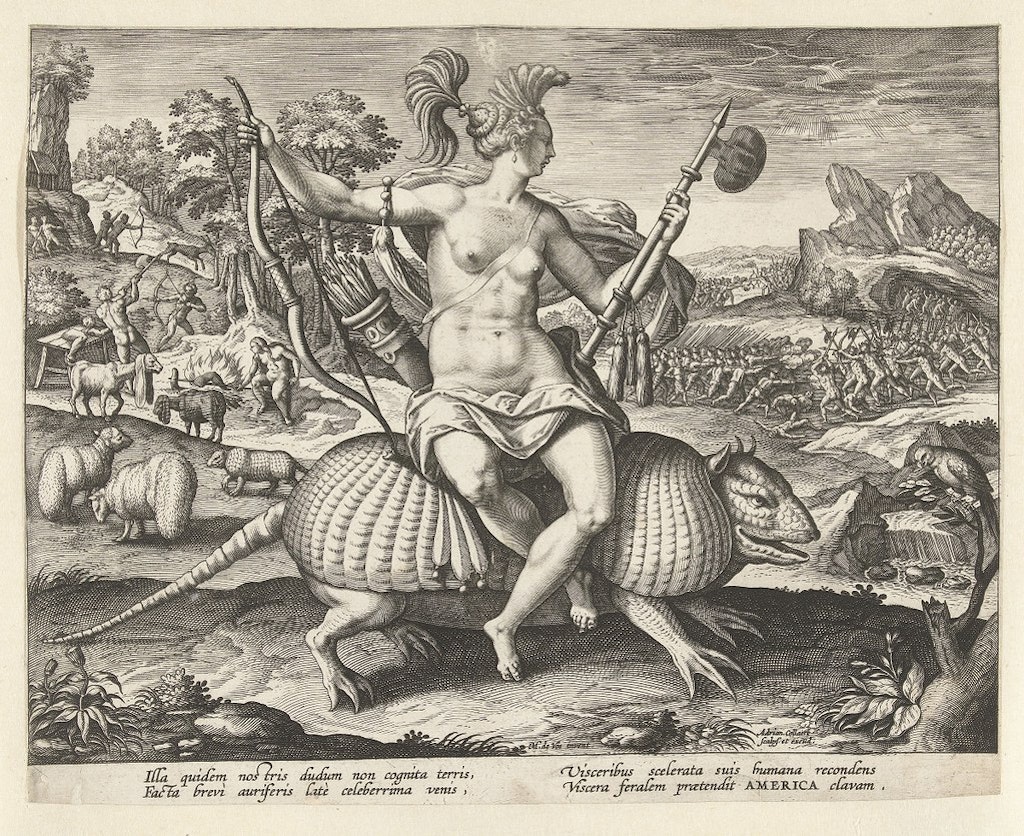 A late 16th-century Dutch print depicting a female personification of the continent America, engraved by Flemish designer and engraver Adriaen Collaert after a design by Maerten de Vos. The print is part of a series of four depicting each of the continents (minus Antarctica), though of the four it is the only to show scenes of violence and conquest, perhaps not surprising since America's "discovery" by Europeans would have been relatively fresh in the memory. Pictured riding atop an armadillo, there is something sad, and indeed ominous, about the direction of America's gaze — turned away from the traditional life of hunting (and roasting human meat) depicted on the left, toward the mass bloodshed and slaughter brought about by the arrival of the Spanish depicted on the right.