Four photographs depicting dramatic scenes from an "auto polo" match, a version of polo played using cars rather than horses. The sport - thought to have been invented as a publicity stunt by a Ford automobile dealer from Topeka to sell Model Ts - was popular at fairs, exhibitions and sports venues across the United States and several areas in Europe from 1911 until the late 1920s. A seat-belted driver would be accompanied by a malletman that held on to the side of the car and would attempt to hit a regulation-sized basketball toward the goal of the opposing team, the cars reaching a top speed of 40 miles per hour (64 km/h) and while making hairpin turns. (Wikipedia) 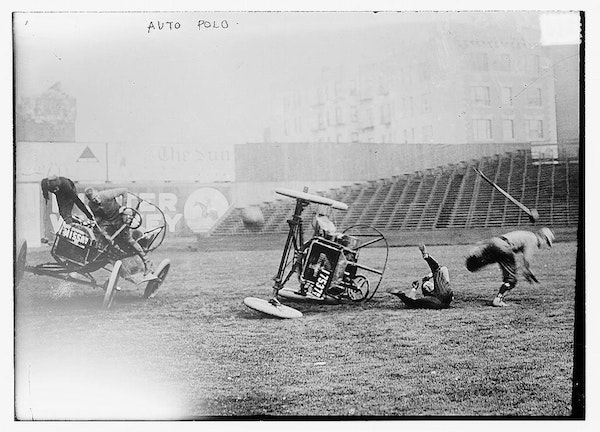 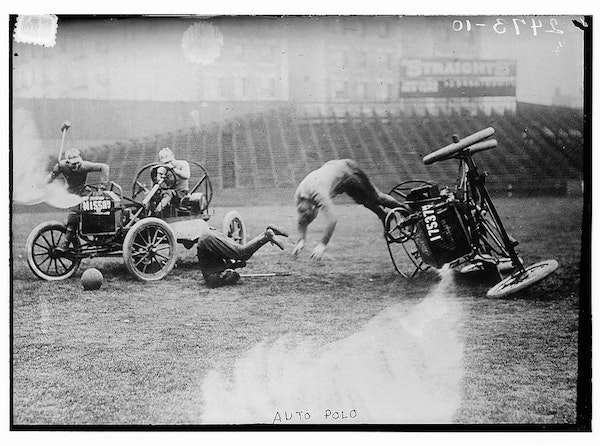 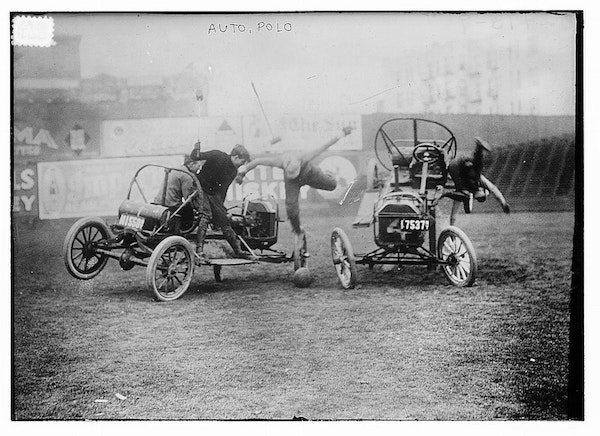 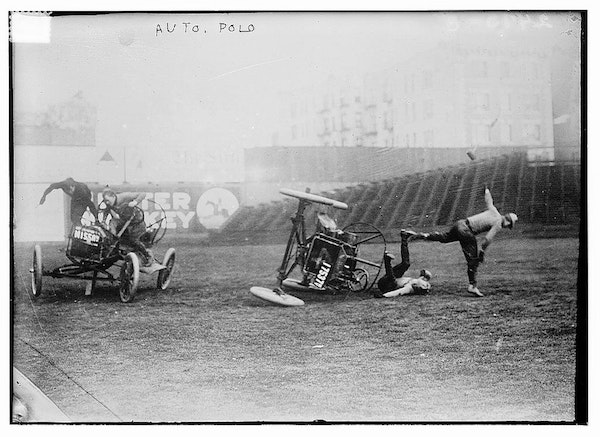