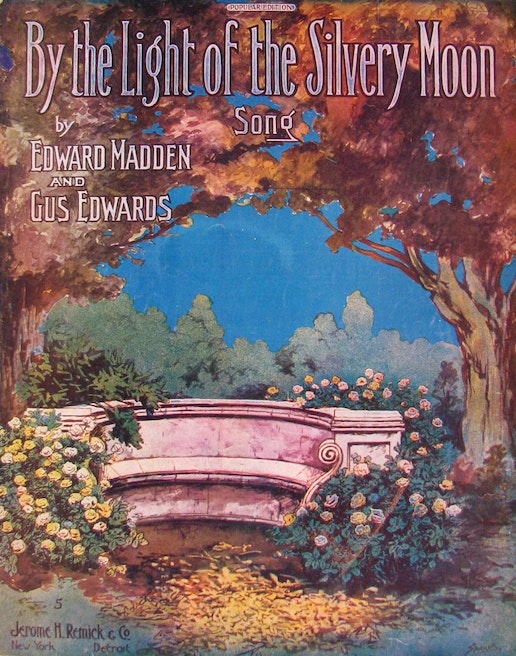 Featured above is an early recording from 1910, by Billy Murray & Haydon Quartet, of this popular 20th-century Tin Pan Alley song made famous by Doris Day in the film of the same name released in 1953. The music was written by Gus Edwards and the lyrics by Edward Madden in 1909. Also featured below are versions by Ada Jones from 1912, Fats Waller from 1942, Al Jolson from 1949, and the Doris Day rendition from the musical film.