Walking along the Devon coast at low tide in the autumn of 1895, geographer Vaughan Cornish (1862–1948) watched two sets of waves interact on the shore. As one set rippled across the flat strand, the other rounded a shoal and broke onto the beach. After colliding, each set then continued on its separate path, which brought to his mind how waves of light can pass through each other unaffected. Cornish’s casual association, between the behavior of light and water, speaks to how immersed he and his contemporaries were in a world of invisible waves. British and continental science in the 1890s was wrangling with gravitational waves, magnetic waves, sound waves, and mysterious new emanations — cathode rays, x-rays, and uranium radiation. And yet, the common ocean wave possessed its own secrets, having undergone only the barest scientific scrutiny in the two centuries since Newton’s Opticks.

Setting to work on a course of reading, Cornish quickly discovered that waves of the air, water, and earth were virtually a “Land of the Unknown”. In his 1910 Waves of the Sea and Other Water Waves, the English geographer made his first sustained attempt to plumb their mysteries, finding that “[o]f all manifestations of the inorganic world [the wave] is most like a living being”. By 1914, when he published Waves of Sand and Snow and the Eddies Which Make Them, Cornish’s twenty-two scientific papers and previous book made him Earth’s pioneer “kumatologist” — the term he coined for the scientific study of waves. Though kumatology failed to find a professional rhetorical foothold, Cornish’s research gave physical scientists a set of powerful indications by which they could make their own studies of geomorphological and atmospheric phenomena. American geographer Carl O. Sauer considered Cornish one of but four predecessors who could serve as a master for twentieth-century geographers.

Vaughan Cornish, Waves of Sand and Snow and the Eddies Which Make Them (Chicago: The Open Court Publishing Company, 1914).

After that moment on the Devon shore, Cornish’s entire life became organized around the wave. Liberated from the need to work by his wife Ellen’s inheritance, the couple traveled around the world studying Earth’s variegated waveforms. Experiencing a catastrophic earthquake together in Kingston, Jamaica in 1907, they saw a familiar pattern: uniformitarian agency operating across crests and troughs. The pair subsequently traveled to the Panama Canal to understand waves in the volcanic bedrock, and in 1913, after Ellen’s death from cancer, Cornish penned a tribute to her scientific companionship: The Travels of Ellen Cornish. Being the Memoir of a Pilgrim of Science.

Travels opens with a lengthy description of waves in the Bay of Biscay, passes on to note wave patterns in the pools of Buddhist temples in Kobe, and then goes into exhaustive detail about standing waves in the various cataracts of Niagara Falls. Along with learning about barchan dunes in the Arabian Desert, snow mushrooms in British Columbia’s alpine forests, and cahots (undulations produced by sledges) in Quebec farm fields, Cornish’s curiosity leads him to make discoveries about the waves created by a London omnibus and by leaves blown against stone steps in Kensington Gardens. Part III of Waves of Sand and Snow finds parallel forms in deltas, quicksand, and mackerel skies. 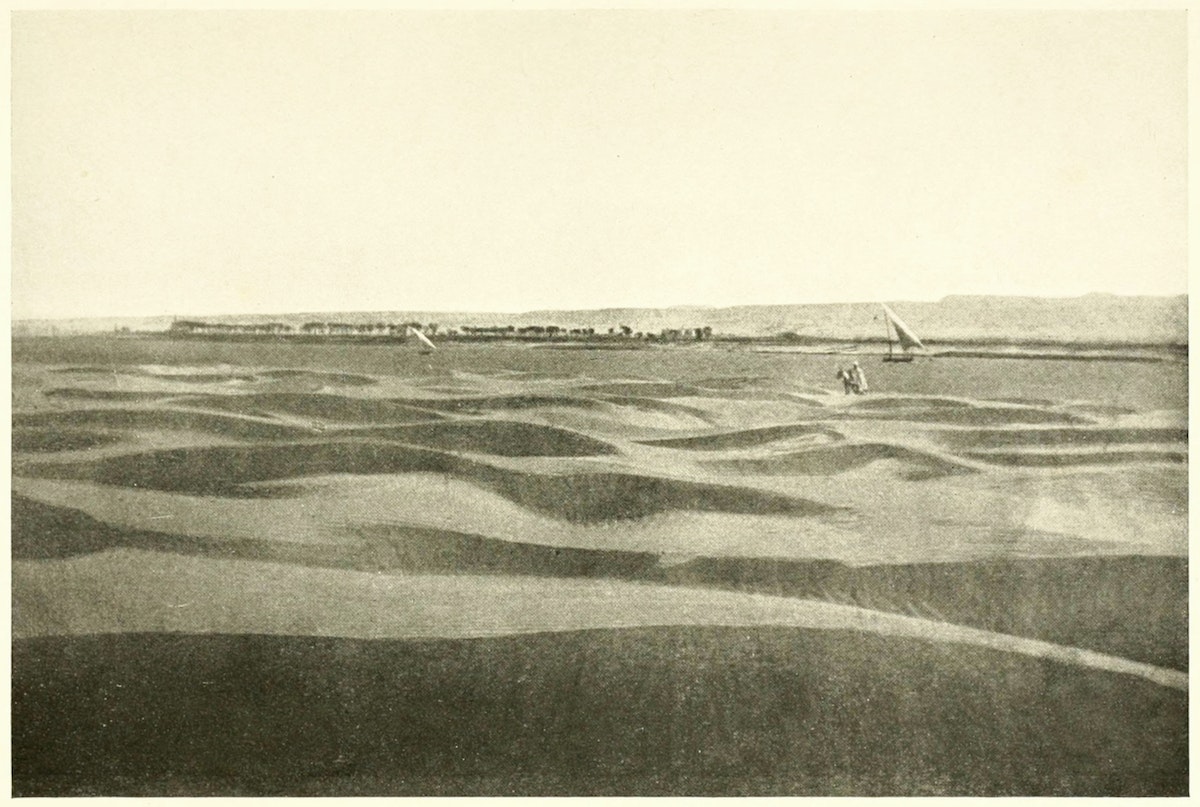 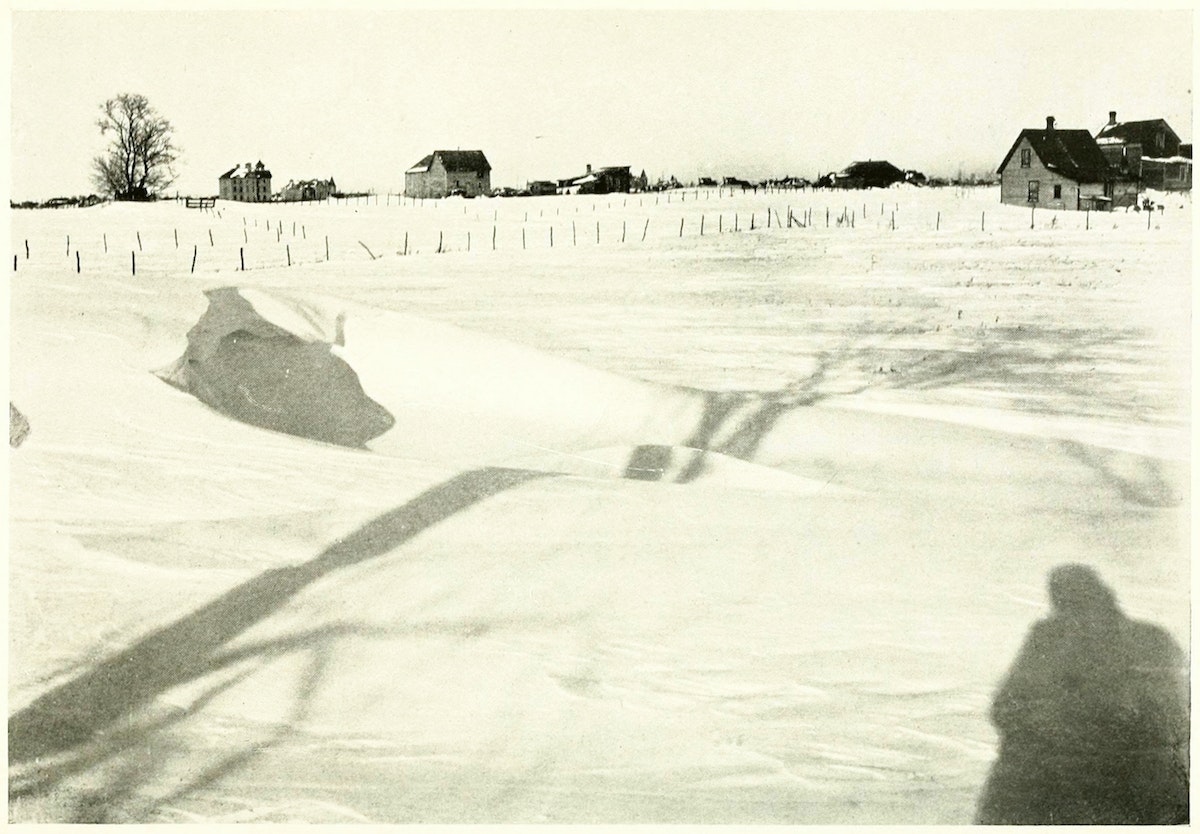 An award-winning scientific photographer, Cornish included plates that expertly capture the subtleties of shadow and light playing across oscillations in various bodies. Yet his books also record a moment before cinematography became a scientific tool. In any medium, waves are not things but events, their dynamic processes best portrayed as moving rather than static pictures. Though Cornish was the first person to make a film of the Severn River’s spectacular tidal bore, and celebrated motion pictures’ observational advantages for the study of waves, he never took up film as a scientific practice.

In later life, Cornish authored a series of books that established a nascent science of scenery in Britain, and he was an outspoken champion of landscape preservation, returning to kumatology with his 1934 Ocean Waves and Kindred Geophysical Phenomena. Both the prose and photographs of the 1910s wave studies give ample evidence of Cornish’s refined aesthetic sense, yet in his later works one learns that the steady empiricist of sand, snow, and sea was often swept away by an altogether otherworldly species of invisible waves. Contemplating ripples on the Lake District’s Ullswater, “magic began to work upon my mind; the will was shackled; the mystic sense set free.” Like Henry David Thoreau contemplating the metamorphic, pulsing life of sand flowing down from a bank near Walden Pond, Cornish’s wave-induced ecstasies hint at larger transcendental rhythms still waiting to be explored.