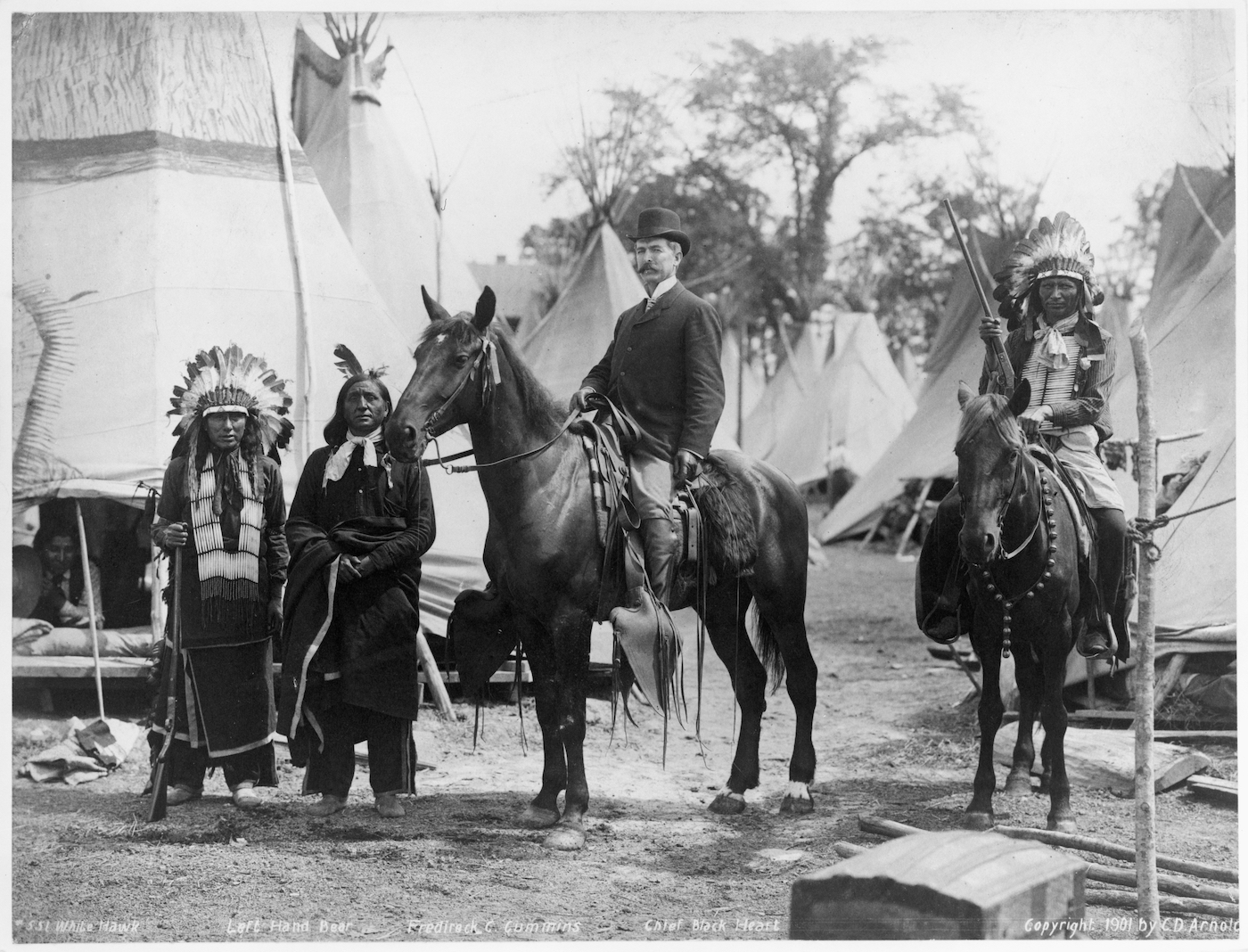 1901 photograph of Frederick T. Cummins and three Native American men at the Pan American Exposition in Buffalo, New York. The men’s names, as given by the inscription, are: White Hawk, Left Hand Bear, and Chief Black Heart — Source.

The closing chapters of the perennial wars against native peoples in North America coincided with a mania for all things Indian, including audio recordings. While Arthur Foote, Edward Macdowell, Antonín Dvořák, Arthur Farwell, and other classical composers wrote symphonic music celebrating the vanishing Indian, Tin Pan Alley tunesmiths churned out ersatz “Indian” ballads, intermezzos, novelty numbers, and even fox-trots. The Library of Congress’ National Jukebox collection includes more than fifty Indian-themed discs recorded between 1902 and 1924 — the year of the last Apache raid, widely considered to mark the end of the American Indian Wars. 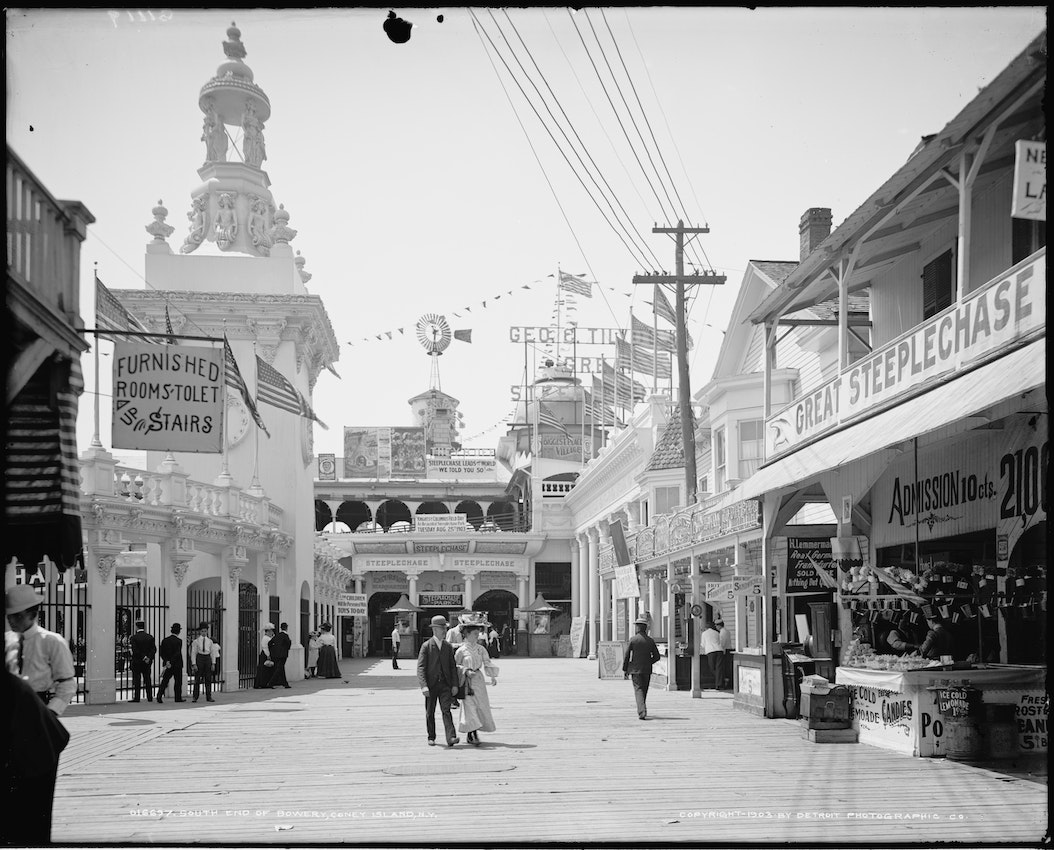 1903 photograph of Steeplechase Park with an advertisement for Cummins’ Indian Congress above its entrance (on the middle poster between the arcade and weathervane in the background) — Source.

The Coney Island “Congress” — a title consciously chosen to distance Cummins’ production from Wild West Shows, which Indian reformers saw as undermining their efforts at “civilizing the savages” — was itself a conglomeration of counterfeits. A former prospector and cowboy turned Chicago theatrical manager, F. T. Cummins masqueraded as “Chief La–Ko–Ta”; Annie Oakley’s rival Princess Wenona, “Sioux Indian Maiden & Champion Rifle Shot of the World”, was really Lillian Francis Smith, the daughter of a Massachusetts Quaker couple, who had joined Buffalo Bill’s Wild West Show at the age of fifteen in 1886. The show Indians — reservation dwellers mostly recruited from the Pine Ridge Agency — were given mock warrior names and biographies: Ghost Face, Painted Horse, Standing Soldier, Red Shirt, Bad Wound. The highbrow pageant of pottery makers, blanket weavers, and lace workers was but a thin veneer over the frontier violence that the Steeplechase audience thrilled to see and hear. A review of Cummins’ Congress later that same summer at Madison Square Garden highlighted a reenactment of the capture and lynching of a horse thief, and a white captive’s running of an Indian gauntlet before being burned at the stake.

The recording’s most recognizable feature — the “war dance” vocal monody — is a non-native musical convention, which helped produce the kind of problematic stereotypes that Michael Pisani charts in his magisterial study, Imagining Native America in Music. The “dance” harks back through John Philip Sousa’s 1890 reimaginings of Cherokee and Chippewa songs to as early as 1641, when French performers in the Royal court ballet dressed as American Indians and danced to the moresca. Some iteration of this mostly monotone melody and percussion typically appeared in the musical accompaniment to early cinema’s silent Westerns. It continued into the talking picture era up through the Hollywood Westerns of the 1940s and 1950s, notably used during the dance of Mose Harper in John Ford’s The Searchers (1956), becoming a musical signifier of Native America as imagined by characters contributing toward its demise.