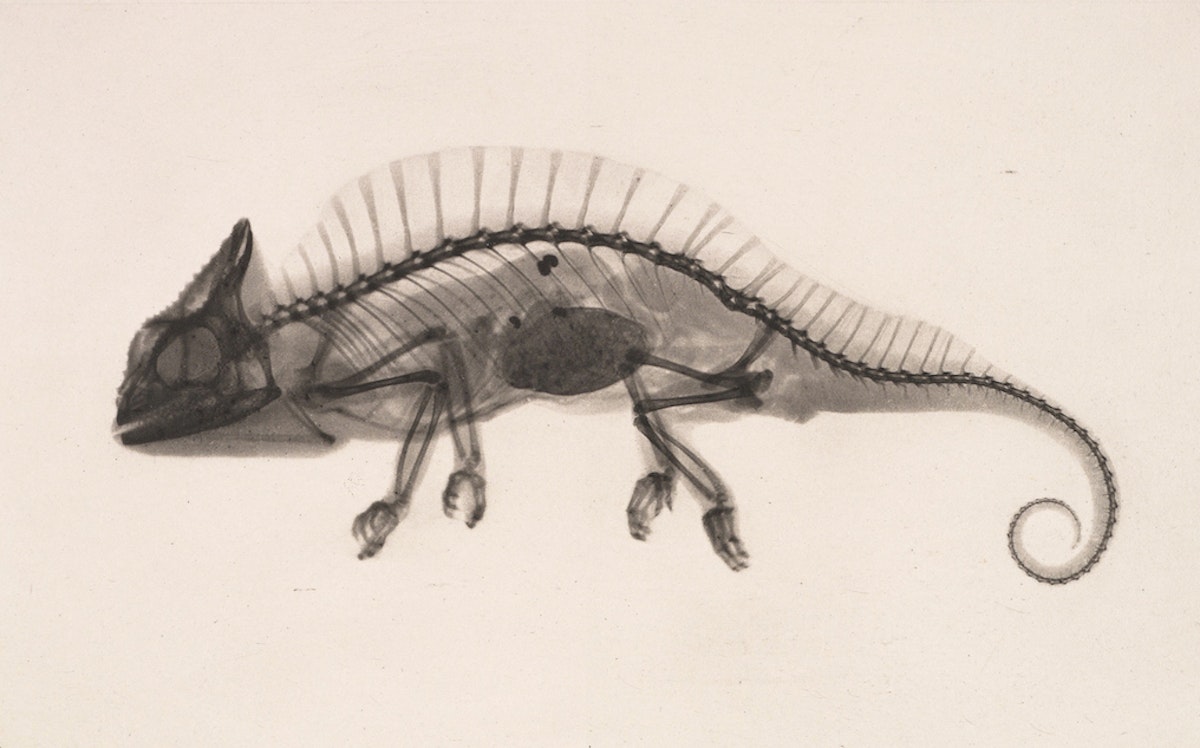 These exquisite photogravures are from one of the first series of X-rays ever produced, by Josef Maria Eder (1855–1944), a director of an institute for graphic processes, and Eduard Valenta (1857–1937), a photochemist, both from Austria. The portfolio, simply titled Versuche über Photographie mittelst der Röntgen'schen Strahlen (Experiments in Photography by means of X-Rays), contains a total of fifteen images: a mixture of positives and negatives, including, in addition to the skeletal forms of animals and human limbs, X-rays of carved cameos and an assortment of various materials such as metal, wood, glass, and meat. If the images are striking today they must have been doubly so when first published, only a few weeks after Wilhelm Conrad Röntgen made his discovery of X-rays public with his groundbreaking paper "On a New Kind of Ray". The impact of the invention was revolutionary, not just medically but also aesthetically. As The Met comments: “The careful compositions and shocking appearance of these ‘Experiments in Photography’ link them to the previous century’s tradition of natural-history illustration and point toward the experiments of New Vision photographers in the 1910s and 1920s.”