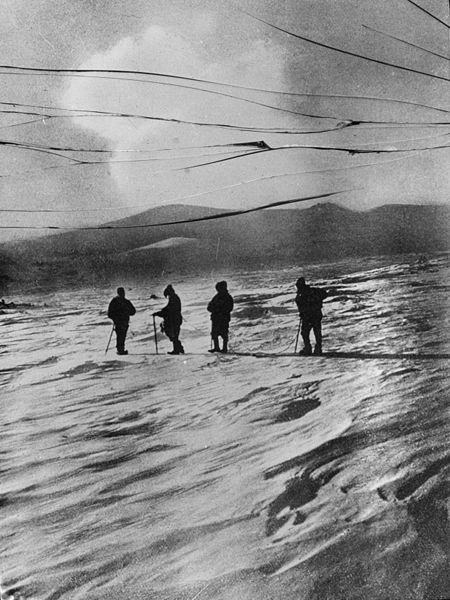 Ernest Shackleton on his British Antarctic Expedition 1907–09, otherwise known as the Nimrod Expedition, the first of three expeditions to the Antarctic led by the Anglo-Irish explorer. Its main target, among a range of geographical and scientific objectives, was to be first to the South Pole. This was not attained, but the expedition’s southern march reached a farthest south latitude of 88° 23′ S, just 97.5 nautical miles (180.6 km; 112.2 mi) from the pole. This was by far the longest southern polar journey to that date and a record convergence on either Pole. A separate group led by Welsh Australian geology professor Edgeworth David reached the estimated location of the South Magnetic Pole, and the expedition also achieved the first ascent of Mount Erebus, Antarctica's second highest volcano. For this achievement, Shackleton was knighted by King Edward VII on his return home. (Wikipedia)