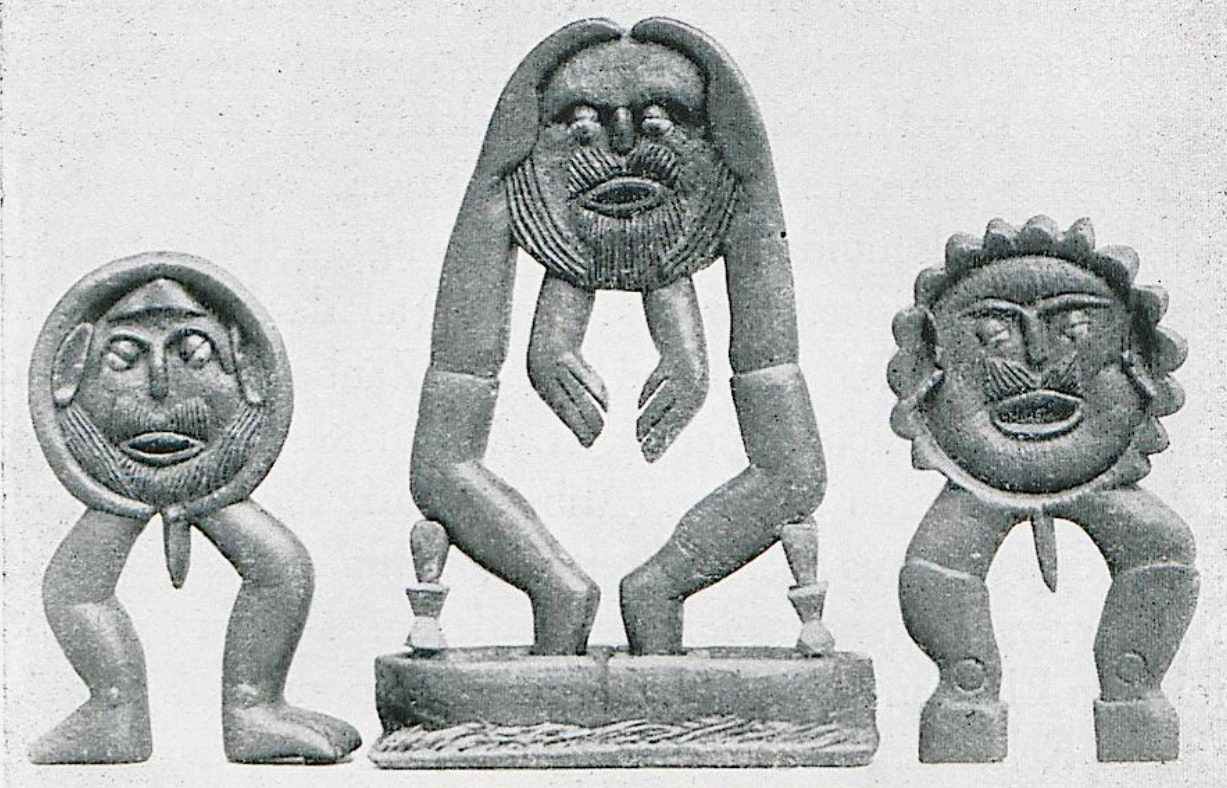 A year after the Swiss psychiatrist Walter Morgenthaler published his 1921 monograph on the life and artwork of Adolf Wölfli (a schizophrenic patient in his care), Hans Prinzhorn published Bildnerei der Geisteskranken (Artistry of the Mentally Ill), a landmark text in the history of thinking about mental illness and creativity. Prinzhorn's groundbreaking study, the first of its kind, gained much attention in avant-garde circles of the time, interesting artists such as Paul Klee, Max Ernst, and Jean Dubuffet. In the 1940s, the latter went on to coin the term Art Brut (Raw Art), which along with the related concept of Outsider Art, has continued to capture the public interest, to the point where it has today (some might say ironically) become a successful art marketing category in its own right.

Prinzhorn had a varied life. Born in Westphalia in 1886, he became a student of philosophy and art history, before studying music in London. After this he turned to medicine, training as a psychiatrist in 1919. It was at the Heidelberg Psychiatric Clinic that he began his pioneering work, not only through observation of patients but through analysis of their art production. He built a collection too: over 5000 paintings, drawings, and carvings, gathered from various asylums in and around Heidelberg, mostly from patients diagnosed with schizophrenia.

It was from this archive that Artistry of the Mentally Ill was constructed and Prinzhorn developed his theses. He identified six basic drives that give rise to image making: an expressive urge, the urge to play, an ornamental urge, an ordering tendency, a tendency to imitate, and the need for symbols. For Prinzhorn, image making is driven by our intense desire to leave traces:

When we cover a piece of paper with doodles, when a child arranges colourful pebbles on his mud pie, or when we plant flowers in our gardens, one quality is common to all of these quite different activities, namely the enrichment of the outer world by the addition of perceptual elements. Like the need for activity, it is a final, irreducible psychological fact – an urge in man not to be absorbed passively into his environment, but to impress on it traces of his existence beyond those of purposeful activity.

The book caused ripples when it was published, not just in medicine but in the art world too. It reflected a breakdown of high culture’s claim to "civilisation", exposing the misery and turmoil at the heart of modern life. Against the grain, the book granted voice to the previously marginalised: those incarcerated, those deemed insane, those suffering under poverty, those untrained, those in the wrong type of institution.

Looking back, there is something ominous to the study. Prinzhorn identified a style that was to be named, over a decade later with the rise of National Socialism in Germany, as "degenerate" (Entartete). Such works were seen as opposed to an "original type", to a mythical figure of Germanness, a normality of supposed strength, resolution, and health. Exhibitions, most notably in Munich in 1937, were set up to name and exhibit these "degenerate" works. Artists such as Paul Klee and Wassily Kandinsky were featured, alongside hundreds of others, even Prinzhorn’s patients. As the art historian Stephanie Barron has argued, “one quarter of the illustration pages in the [exhibition’s] guide featured reproductions of the work of these psychiatric patients, taken from the famous Prinzhorn Collection”. The insane and the avant-garde were here equated, both equally pathologized. Millions of visitors flocked to the shows, and there followed the enforcement of policies of censorship, persecution, and oppression on a mass scale.

This is not the only story though. Prinzhorn’s huge archive of drawings and paintings remain testament to a spirit that still seeks to grant a voice to the voiceless. To look at these images is to allow these voices to speak again, for the vast range of human emotion and experience, otherwise forgotten and buried by history, to be heard.

Below we’ve collected some highlights of the artworks presented in Prinzhorn's book: a selection from the uncredited works featured in the first section (used to illustrate Prinzhorn’s theories) and a selection from the latter section in which he delves into the lives and works of ten schizophrenic artists.

For more works from the enormous Prinzhorn collection see this 1998 book Beyond Reason: Art and Psychosis Works From the Prinzhorn Collection and to read his Artistry of the Mentally Ill in English then see this 1972 translation.

"The shepherd making reverence to his goat" (Crayon)

Woman with a Wig (Crayon)

Altar with Priests and Madonna (Watercolour)

Descent from the Cross and Pieta (Watercolour)

Three-master at Sea in the Evening (Watercolour)