A set of amusing turn-of-the-century hypnotism posters showing hypnotised people up to various strange shenanigans: a group of men wield brooms and umbrellas as though musical instruments; women ride men like horses; and (remembering that it is more than a century ago) a man dresses in women's clothes, and two men canoodle. With its roots in "mesmerism", the phenomena of hypnotism began to gain momentum with the work of Scottish surgeon James Braid (1795–1860), an early pioneer of the practice, paving the way for it to hit the mainstream toward the end of the nineteenth century. There is not much information available about these five images below, only that they were the product of The Donaldson Lithographing Co. based in Newport, Kentucky and seem to be from around 1900. 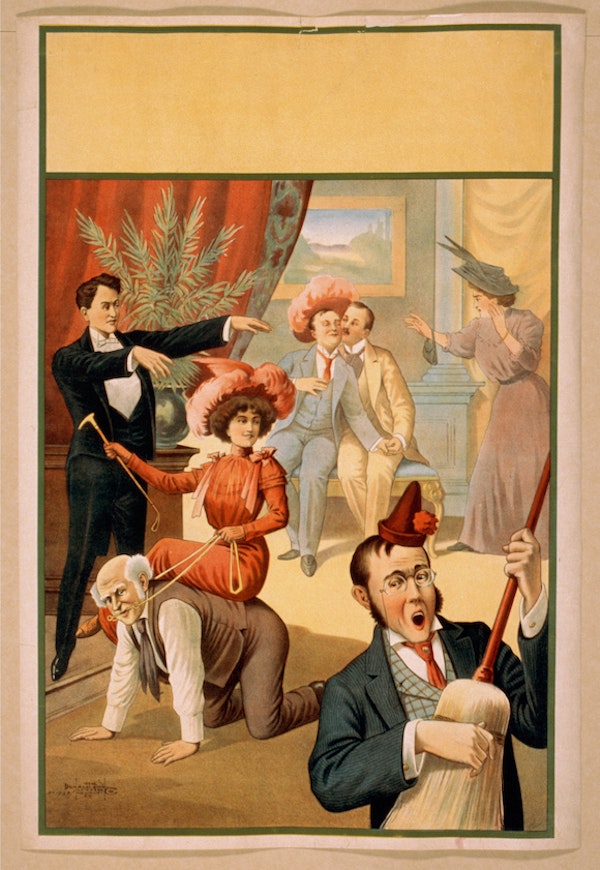 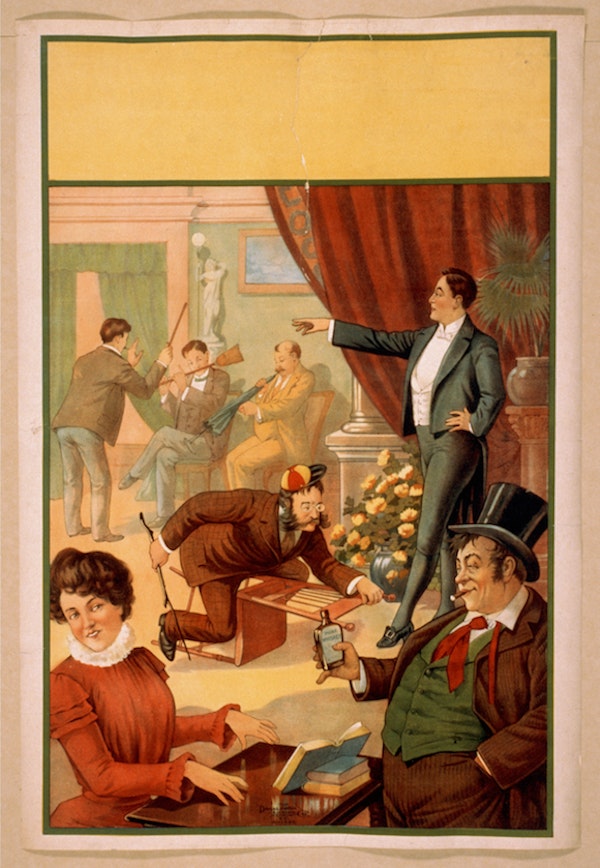 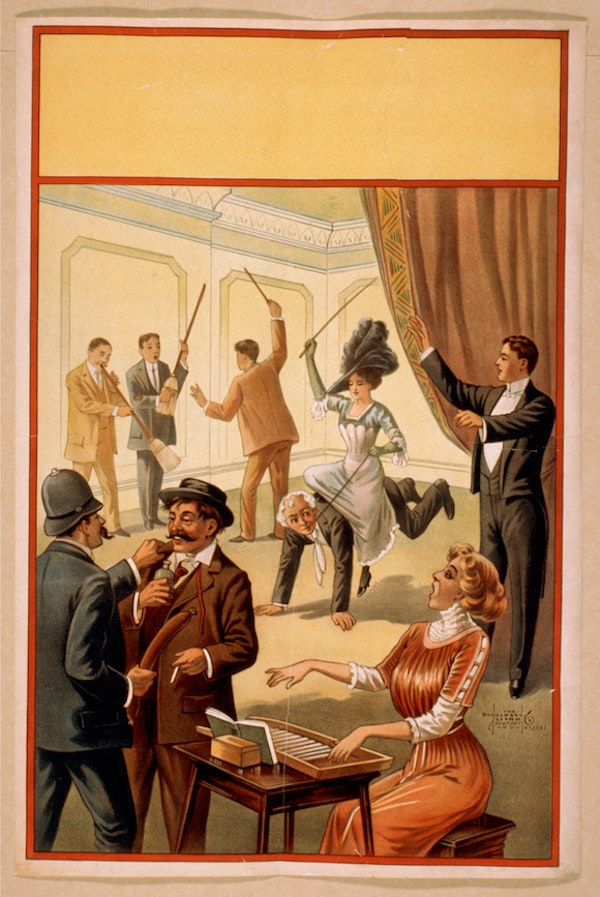 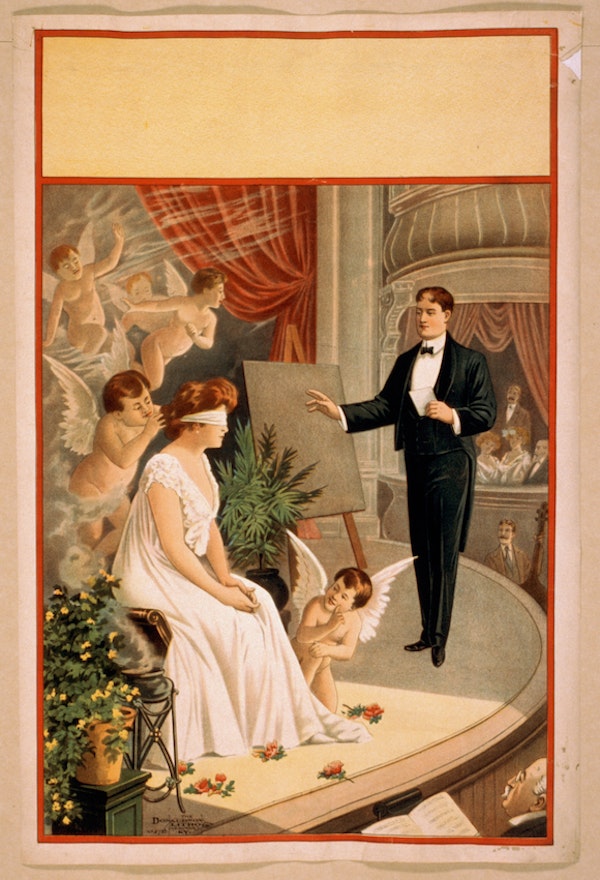 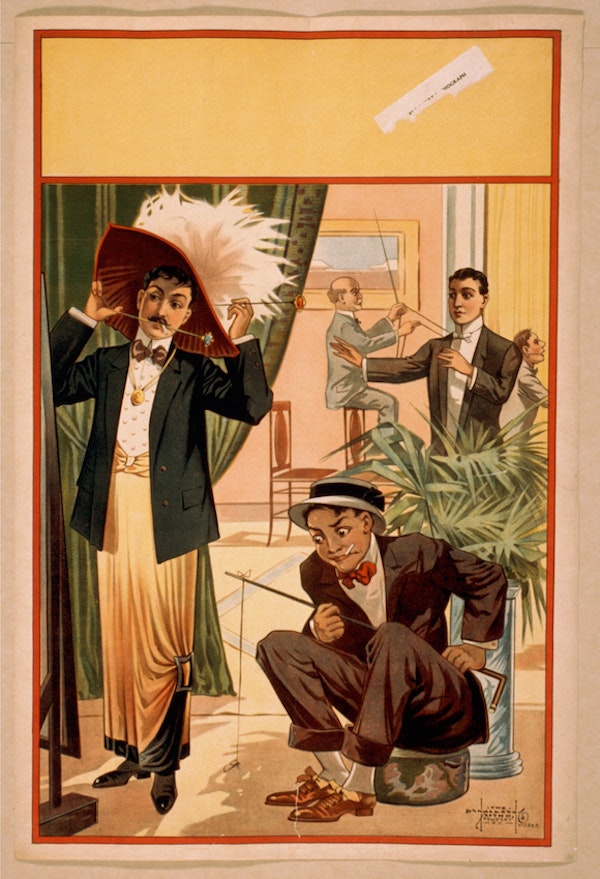