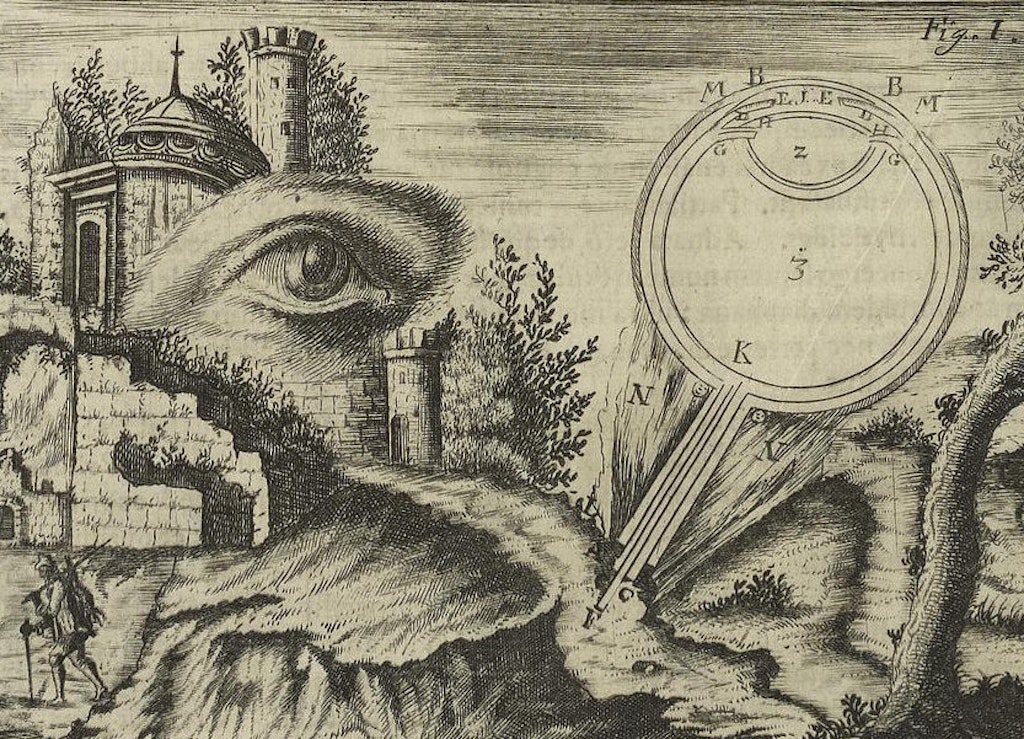 In 1685, the Würzburg cleric Johann Zahn published his Oculus Artificialis Teledioptricus Sive Telescopium (The Long-Distance Artificial Eye, or Telescope). In the work he provides an early and comprehensive account of the function and usage of a number of optical instruments, including the camera obscura and magic lantern (whose invention he credits to Athanasius Kircher), and various other lanterns, slides, peepshow boxes, telescopes, microscopes, lenses, and reflectors. Among the studies is an envisaging, for the very first time, of a portable hand-held version of the camera obscura. At the heart of the imagined device is a mirror reflex mechanism, technology that would not see realisation until a century and a half later with the birth of the photographic camera. Zahn's ideas and explanations are furnished by a plethora of innovative, and, at times, wonderfully surreal engravings, highlights of which we feature below.