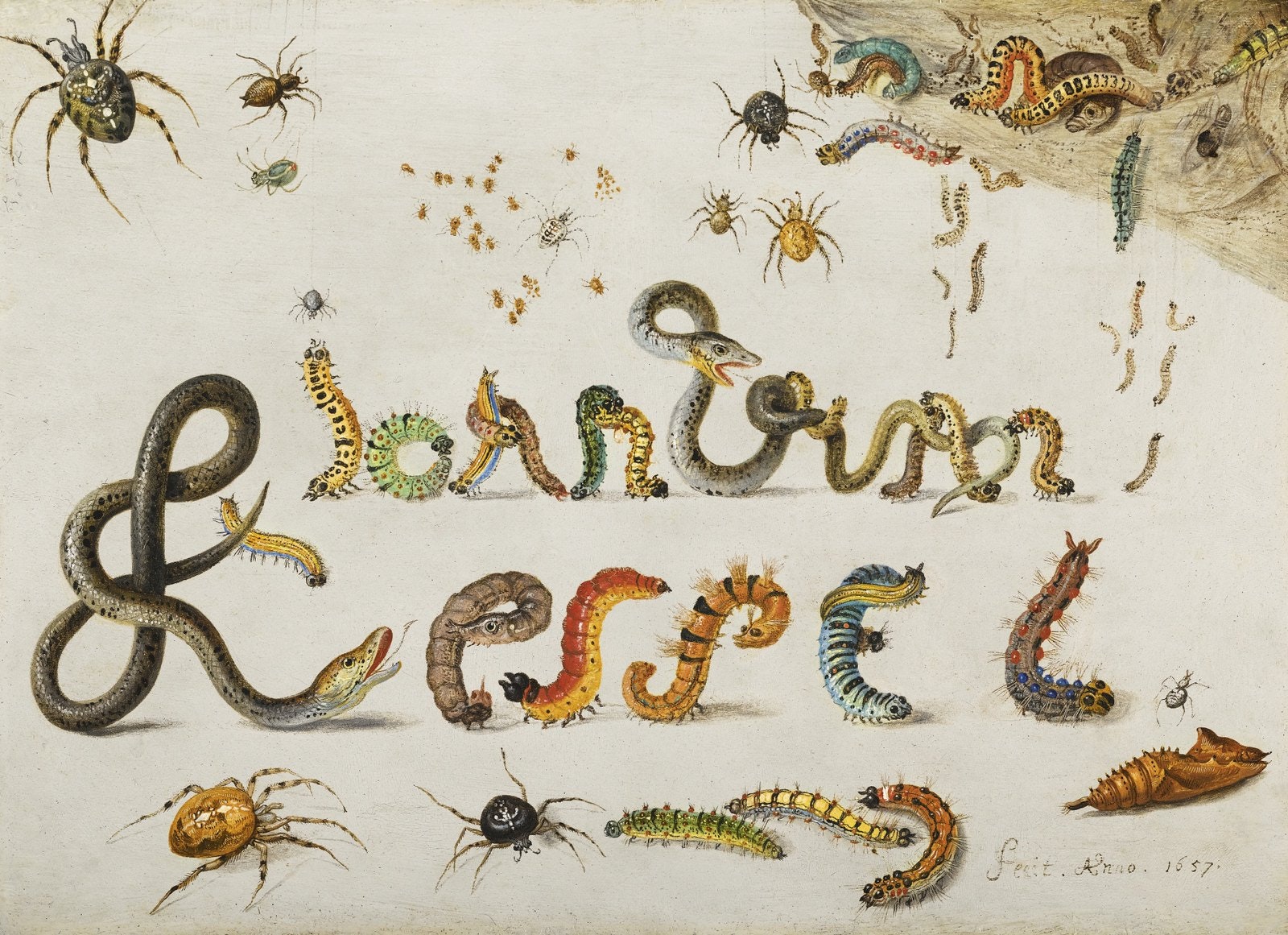 Jan van Kessel the Elder's painting of his name, 1657, oil on copper — Source.

As far as artist signatures go, Jan van Kessel's seventeenth-century painting in which he spells out his own name with caterpillars and snakes must be up there with the best of them. Although it could be seen as a somewhat self-aggrandising move to make one's own name the subject of a painting (albeit one measuring only 15 x 20cm) the fact it is formed from such "lowly" creatures — the subject to which he dedicated much of his painting career — lends it a certain humility. In addition — given there survives from the following year a complete set of seventeen plates which includes a similar signature panel — it is highly likely that this was not intended as a stand-alone piece but rather as simply the signature aspect of a much larger set. The idiosyncratic signature also found its way into one of his most famous series, The Four Parts of the World. In the central panel of the Europe section it appears as a painting within a painting — though in a slightly different arrangement, with the name spelt "Jan" instead of the earlier "Joan", and sporting a later date of 1664. 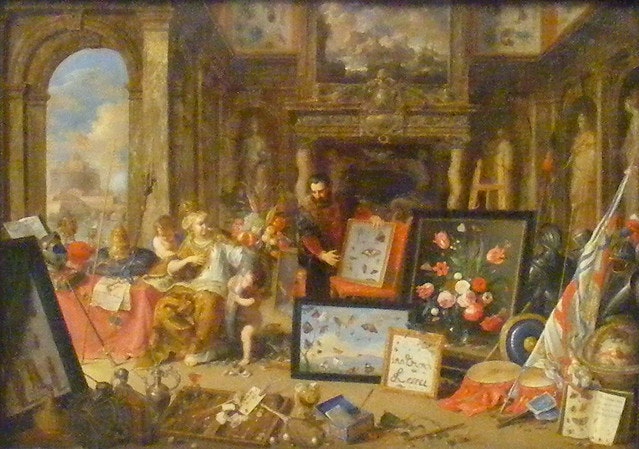 The middle panel "Rome" from Jan van Kessel's The Continent of Europe, 1666— Source. 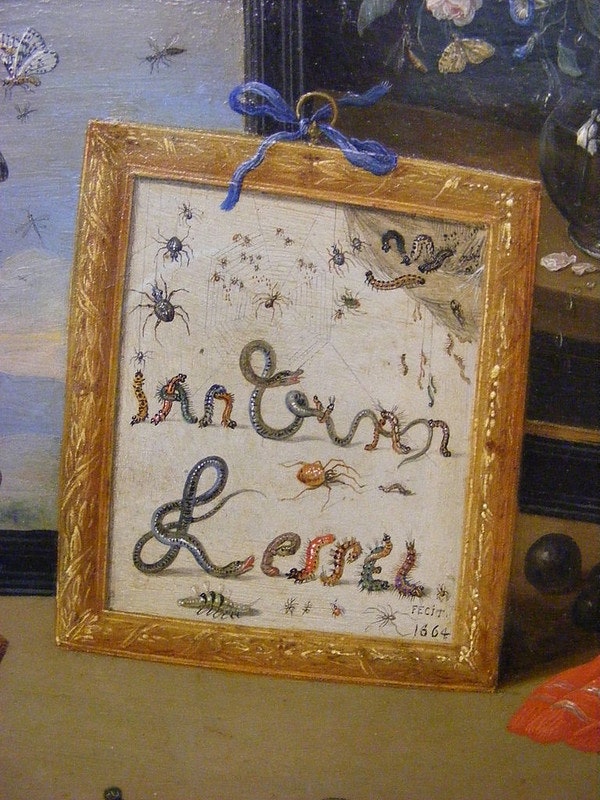 Detail from the panel above showing the signature — Source.

Van Kessel was a highly regarded painter based in Antwerp and from a prominent family of artists — Jan Brueghel the Elder was his grandfather and Jan Brueghel the Younger his uncle. In addition to the study of insects, to which his signature nods, he was also known for his floral still lifes and multi-part allegorical works. His son Ferdinand painted in a very similar vein, including his own version of The Four Parts of the World series in which, in the central Europe panel, he'd worked in his very own entomological signature. 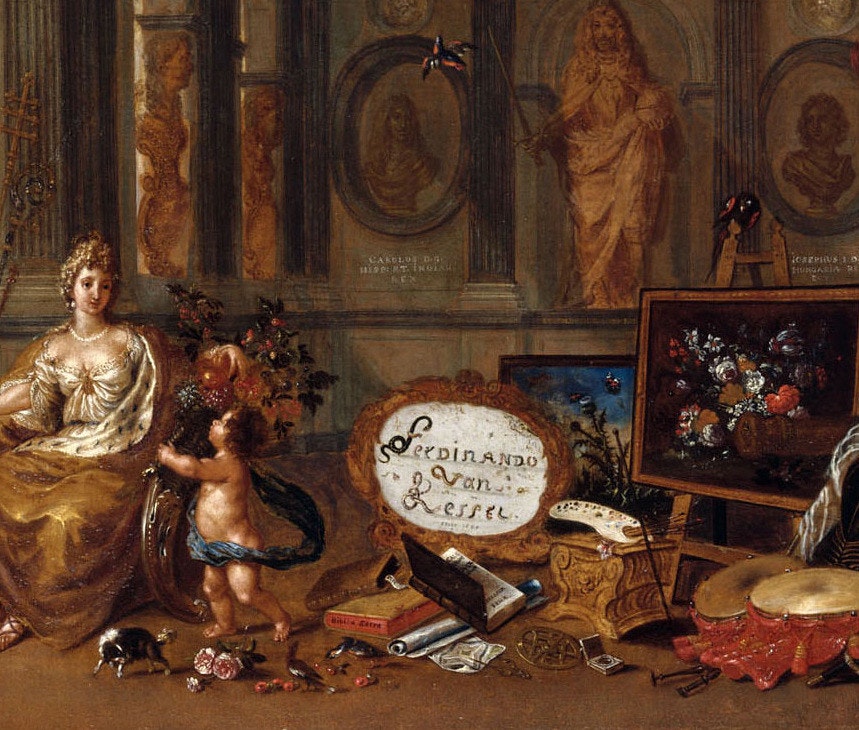 Detail of the middle panel "Rome" from Ferdinand van Kessel's The Continent of Europe, 1689 — Source.