Selected images from a 1608 edition of Livre de Pourtraiture by Jehan Cousin the Younger (ca. 1522–1595), son of of the famous painter and sculptor Jehan Cousin the Elder (ca. 1490-ca. 1560) who was often compared to his contemporary, Albrecht Dürer. Just before his death, Jehan the Elder published his noted work Livre de Perspective in 1560 in which he noted that his son would soon be publishing a companion entitled, Livre de Pourtraiture. While there have been some reports that an edition of Livre de Pourtraiture was fist printed in 1571 and again in 1589, no copies appear to exist. Instead, the most likely first printing of the work was 1595 in Paris by David Leclerc, with woodcuts engraved by Jean Leclerc, just after Jehan Cousin the Younger's death. The book is one of the most famous on the subject of artistic anatomy and was printed again and again into the late 17th century. 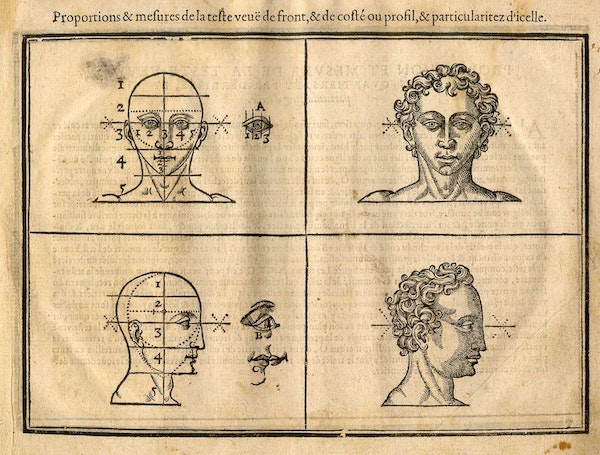 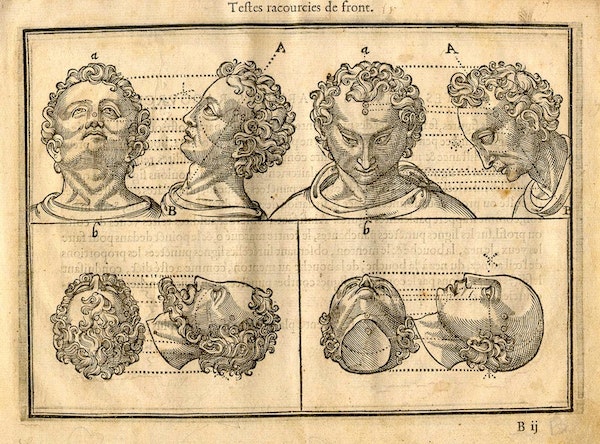 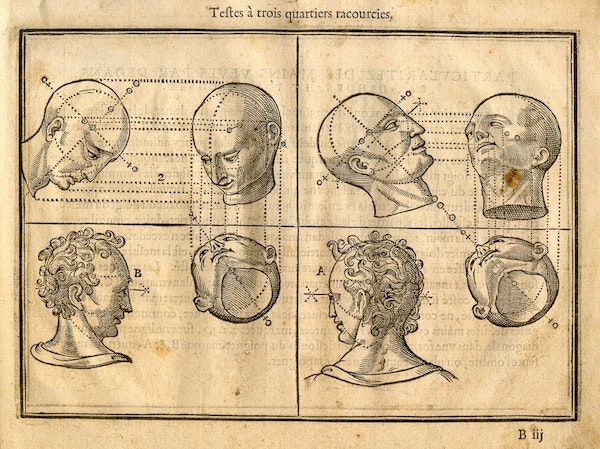 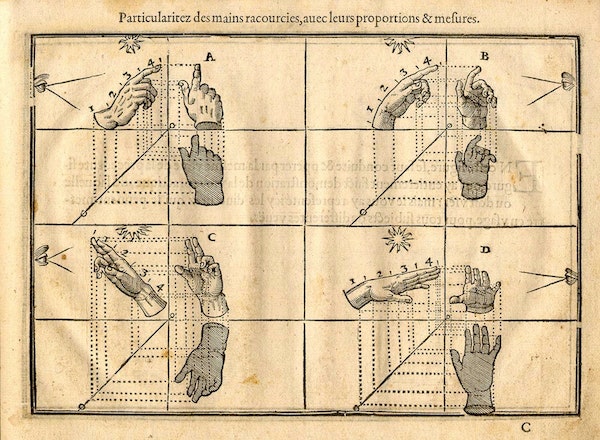 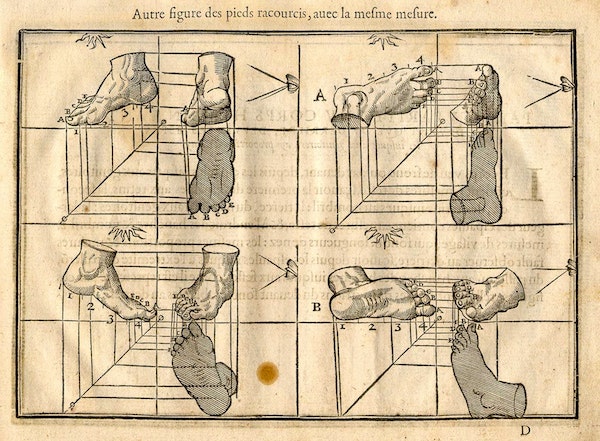 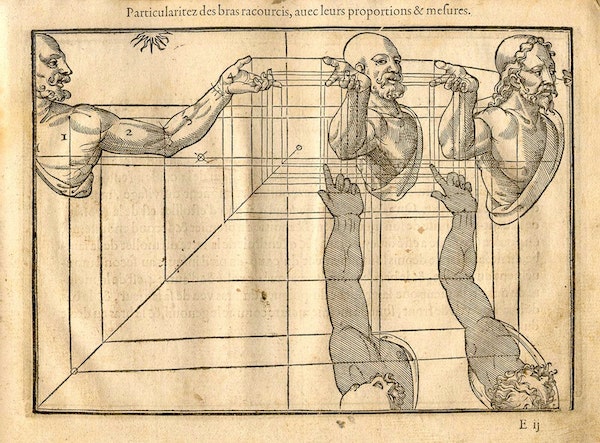 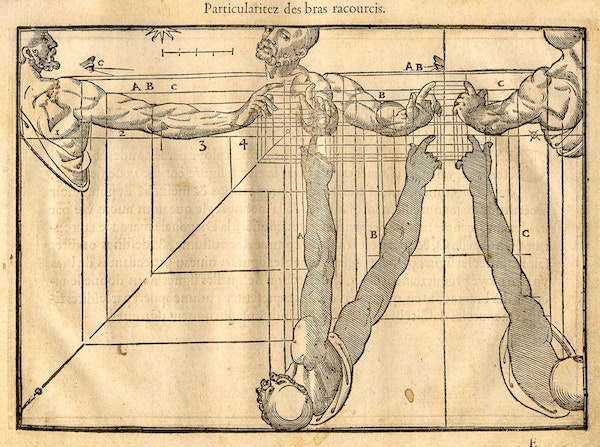 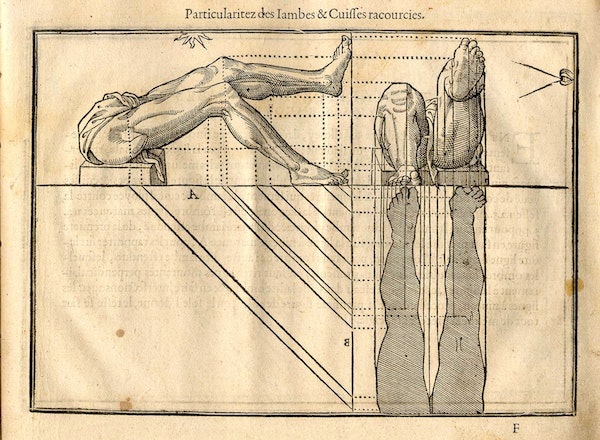 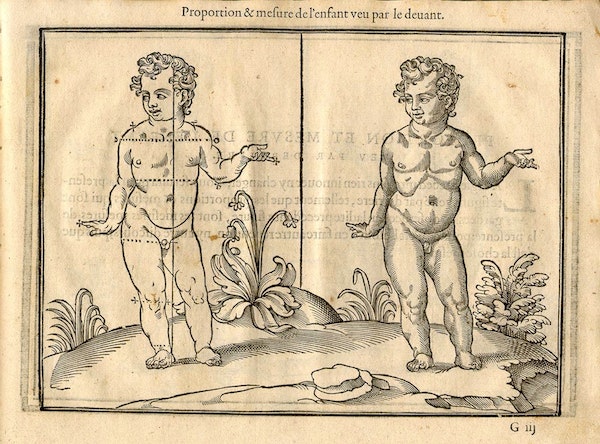 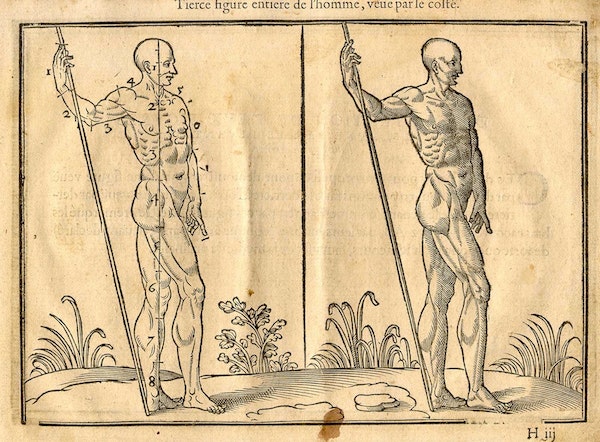 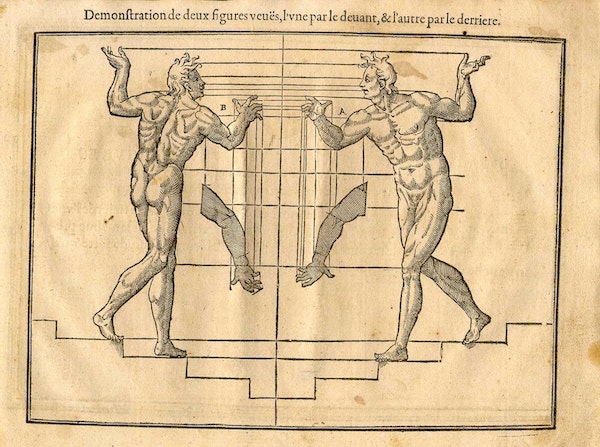 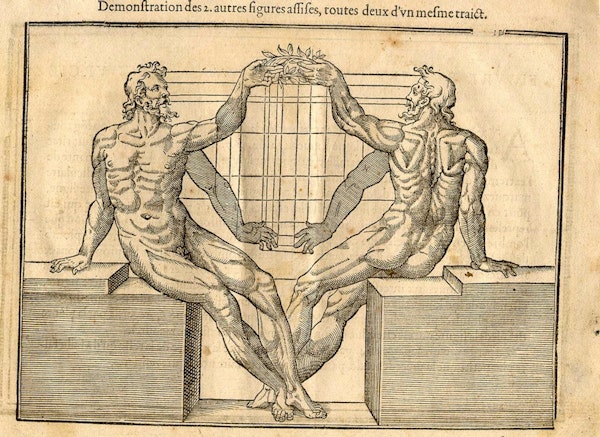 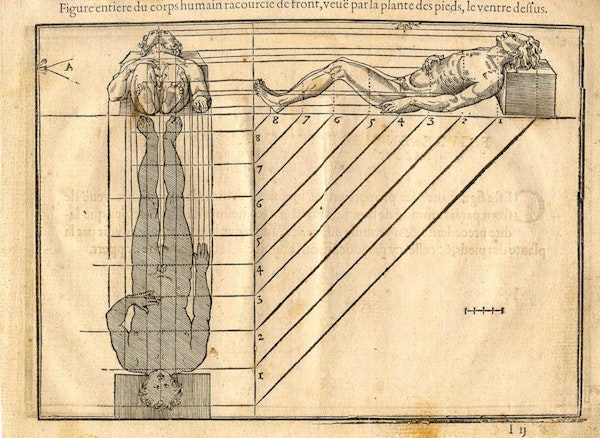 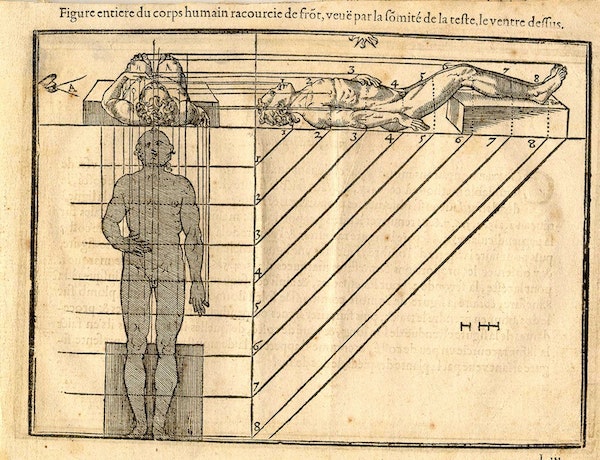 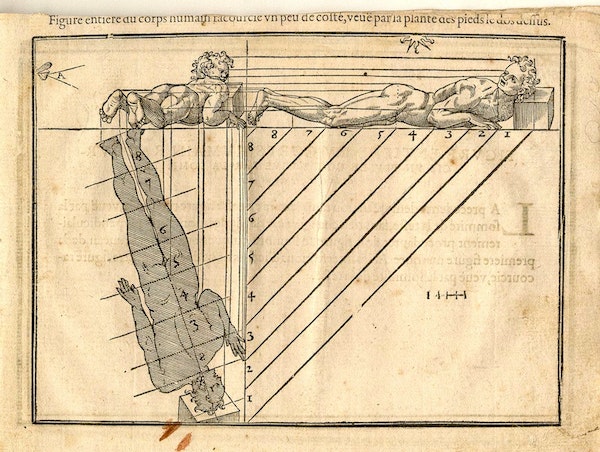 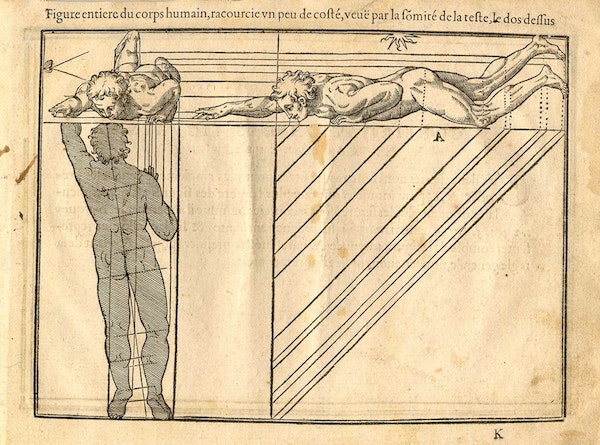 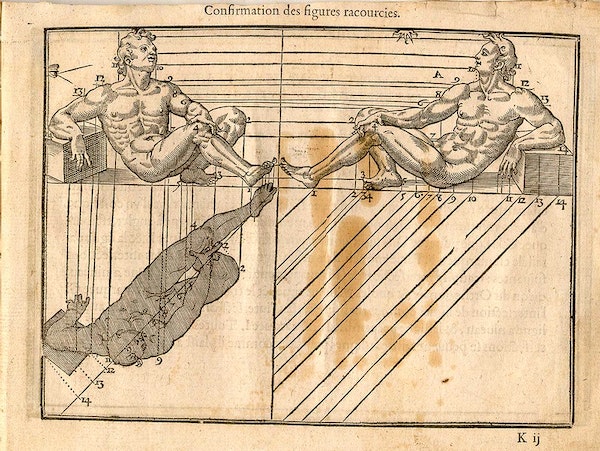 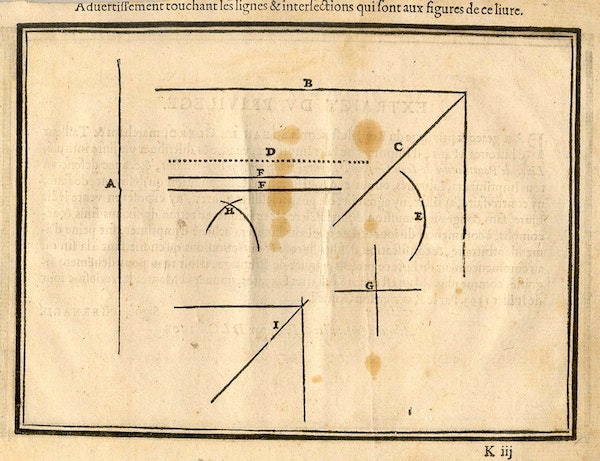