An Iconic Line: Claude Mellan’s The Sudarium of Saint Veronica (1649) 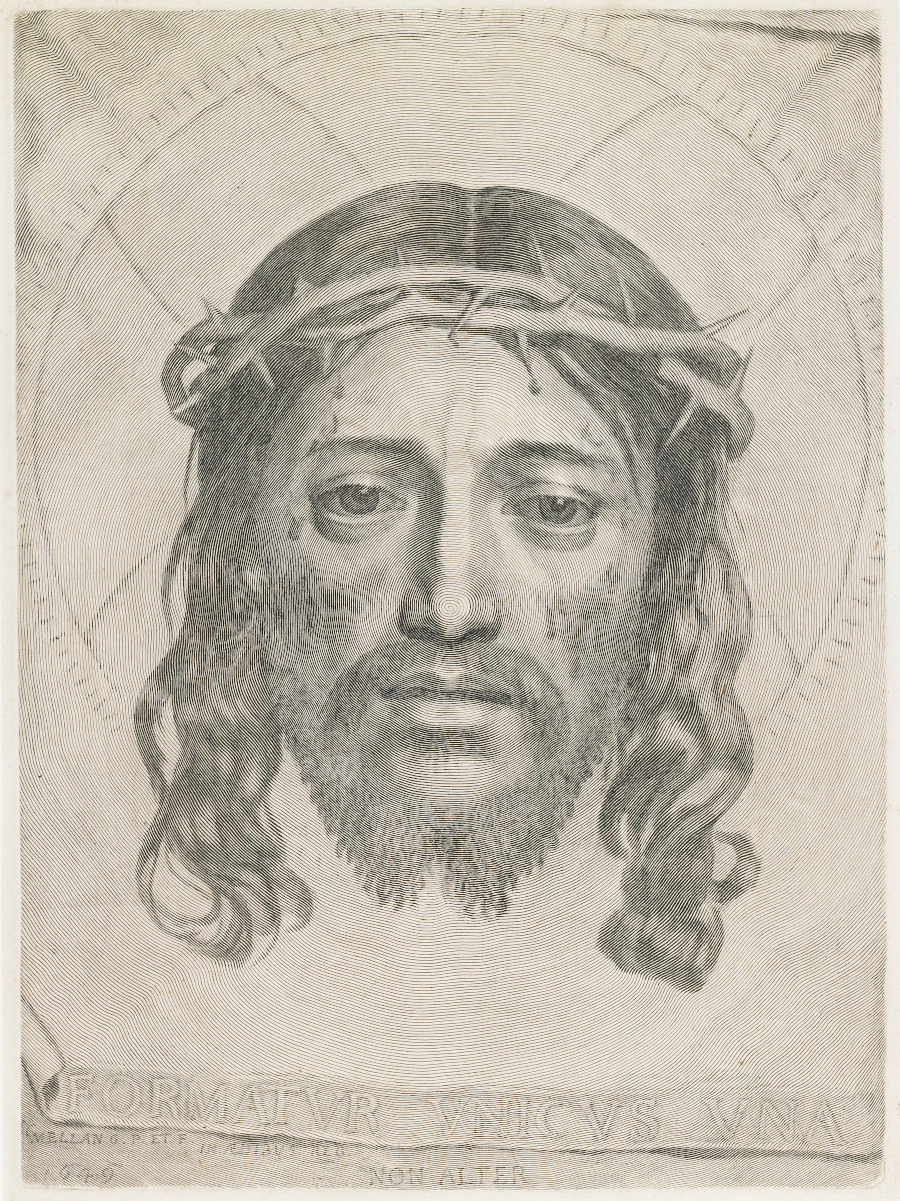 Christ gazes out of the page dolefully, head canted and haloed. He seems to float, disembodied, between our world and the next. And, at first, we could step back in sympathy, shocked by the blood that drips like teardrops from those baleful thorns. But something else soon catches light. It might be the ringed texture of his eyeshine or that fingerprint whorl on the nose's tip. Then we notice the print's corners, where curves recede as waves do from a skipping stone. It can't be, we think — but it is. This image was made with a single line.

Born into a family of coppersmiths in northern France, Claude Mellan (1598--1688) trained in Rome with the painter Simon Vouet, before creating his pièce de résistance in 1649. To make this immaculate engraving, Mellan used a technique known as the "swelling line", which takes advantage of the burin's asymmetrical profile. Just as letters formed by a fountain pen will swell or shrink as the angle shifts between nib and page, by rotating his tool — or widening a preexisting groove — Mellan created visual depth and texture in an unbroken line, incised directly onto a metal plate. While engraving emerged in Germany ca. 1430 as an offshoot of goldsmithing and metalwork, spurred by a newfound access to paper in Europe, swelling lines were not common before the 1560s. As curators at RISD write, the technique was particularly suited for "reproducing the dramatic light and tonal effects of paintings as well as the exaggerated, heroic forms of late Renaissance and Mannerist art". In Mellan's case, he used the technique to reproduce a different kind of dramatic light: the holy afterglow of relics.

The title of this engraving references the sudarium (a handkerchief, or, literally, sweat cloth) of Saint Veronica, exemplary of the relic class known by the Greek term acheiropoieta — made without hand. Think, for instance, of the Turin shroud or the Manoppello image. Veronica's veil was supposedly emblazoned with Christ's image via impression, after she blotted the inky blood from his face on Calvary, a process that itself resembles a kind of printmaking. There is indeed an indexical quality to Mellan's engraving, making it feel intimately connected to Christ, an effect that only intensifies when viewed closely. Even for secular viewers, this image might prompt reflections on the magical quality of mimesis. Writing on the astonishment he felt while looking at photographs, Roland Barthes reached for Veronica's veil: "Photography has something to do with resurrection: might we not say of it what the Byzantines said of the image of Christ which impregnated St. Veronica's napkin: that it was not made by the hand of man, acheiropoietos?" While this engraving was made by a human hand, long before photography, the astonishing complexity and otherworldly beauty of Mellan's image make it feel like a miracle. Built on the "mystic spiral", this image becomes an arcane invitation for contemplation, whether aesthetic or spiritual. As the art historian Irving Lavin writes in an extensive study of his own obsession:

. . . anyone who begins to trace the convolutions of the single, continuous, undulating spiral line that evolves (or devolves, depending on the direction one follows) ultimately to fill the universal void of the paper sheet, cannot escape becoming, as I have been, entranced, enchanted, bedazzled, to the point of obsession with this profoundly moving image.

Mellan's inscription seems to knowingly trade on his engraving's ambiguous status, how it flickers between artwork and icon: FORMATVR VNICVS VNA / NON ALTER (the unique one made by one / [like] no other). Here "one" fractures into a trinity of interpretations, signifying, at once, the singularity of Christ, the veil's irreproducible aura, and the unbroken aspect of a divine, spiraling line. 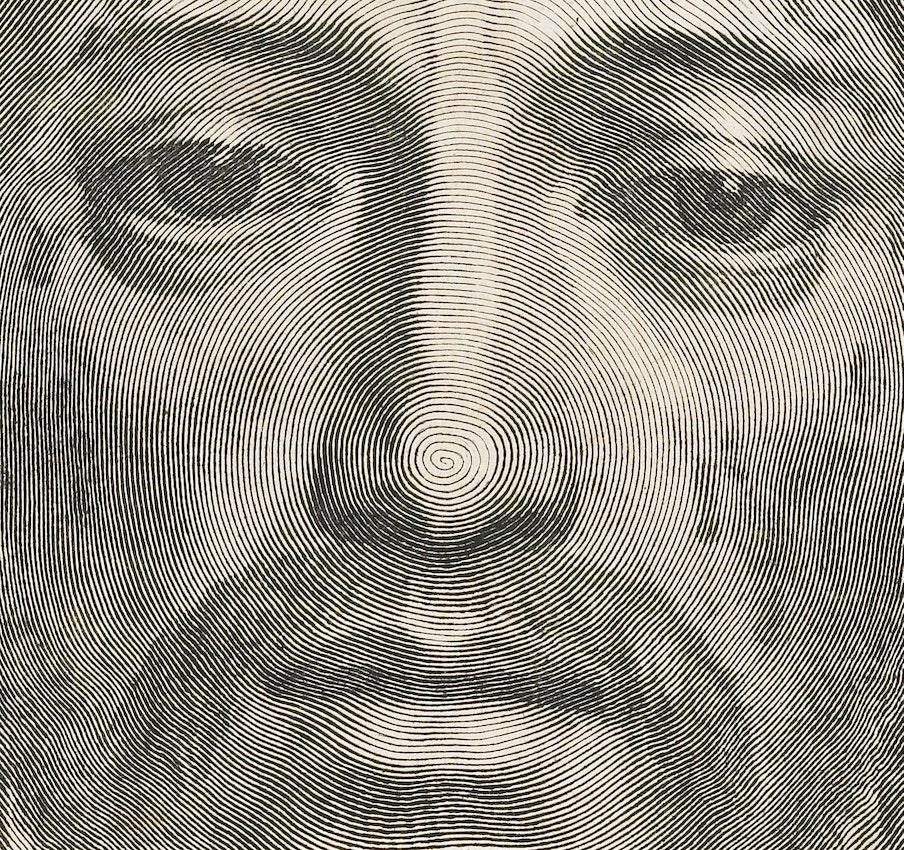 Scroll through the whole page to download all images before printing.
Text by Hunter Dukes