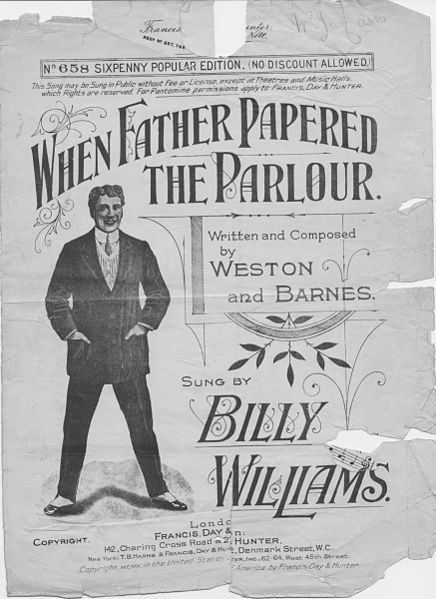 Richard Isaac Banks (1878–1915), who changed his name to Billy Williams after leaving his birthplace of Australia, was one of the most recorded popular entertainers of his time. Born in Melbourne, Williams tried a number of jobs before embarking on an entertainment career which led him to come to England in 1899. He became a popular entertainer in the music halls singing what were known as chorus-songs, and also appeared in pantomime. The year 1912 seemed to be the zenith of Williams' career – he appeared in the first Royal Command Performance of that year and achieved glowing reviews in the national press. Sadly this fame was not to last as Williams became ill in late 1914 and died in Hove near Brighton in March 1915, the proximate cause being complications after an operation, but rumoured to be connected with "previous social excesses." (Wikipedia)