Photos of a Square Dance in McIntosh County, Oklahoma (1940)

Photographs taken during a square dance in McIntosh County in Oklahoma by photographers working for the U.S. government's Farm Security Administration (FSA). The FSA and later the Office of War Information (OWI) between 1939 and 1944 made approximately 1,600 color photographs depicting life in the United States, including Puerto Rico and the Virgin Islands. The pictures focused on rural areas and farm labor, as well as aspects of World War II mobilization, including factories, railroads, aviation training, and women working. 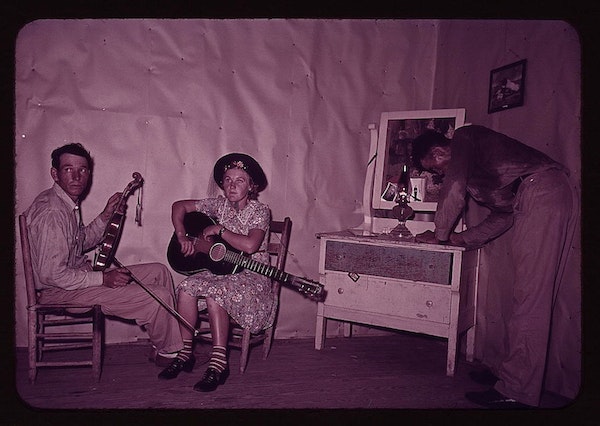 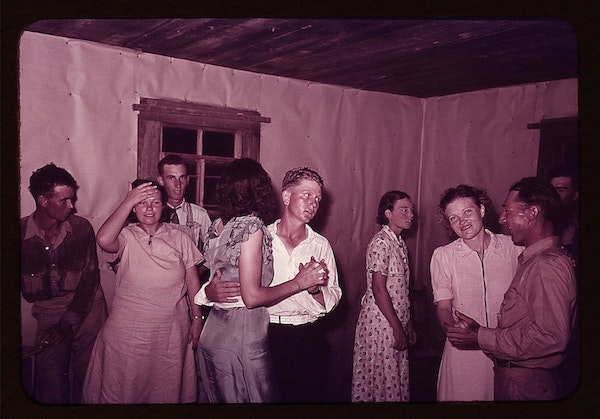 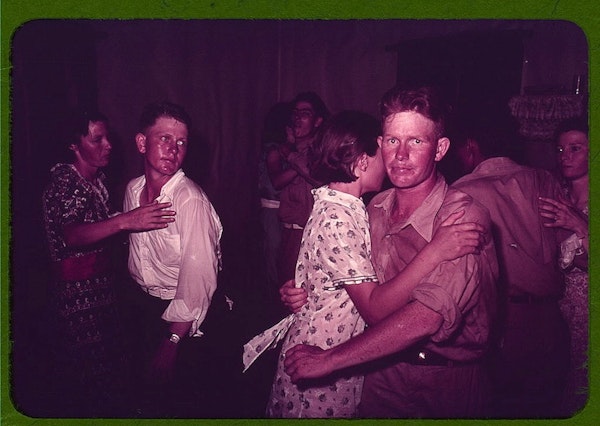 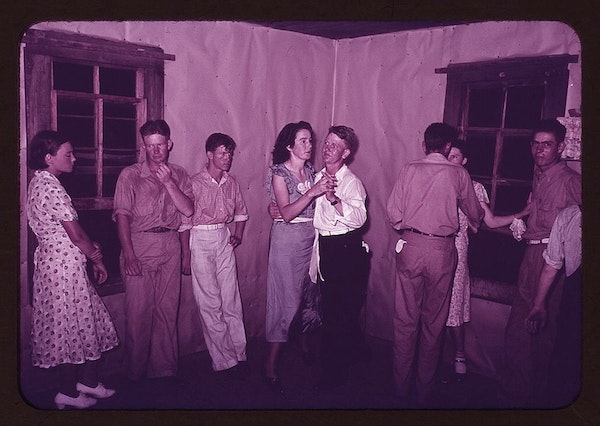 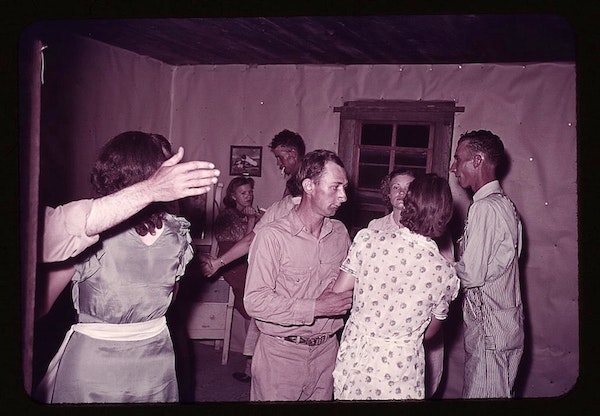 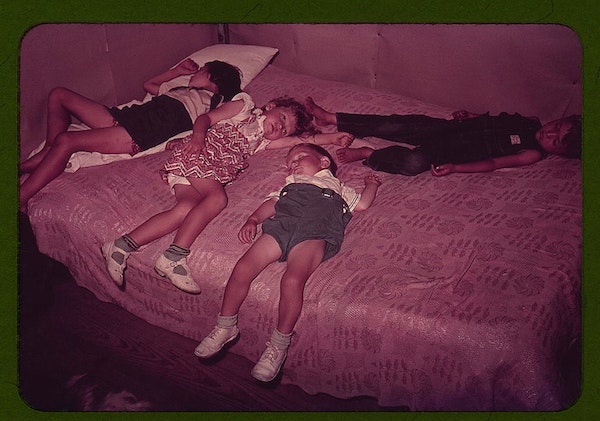 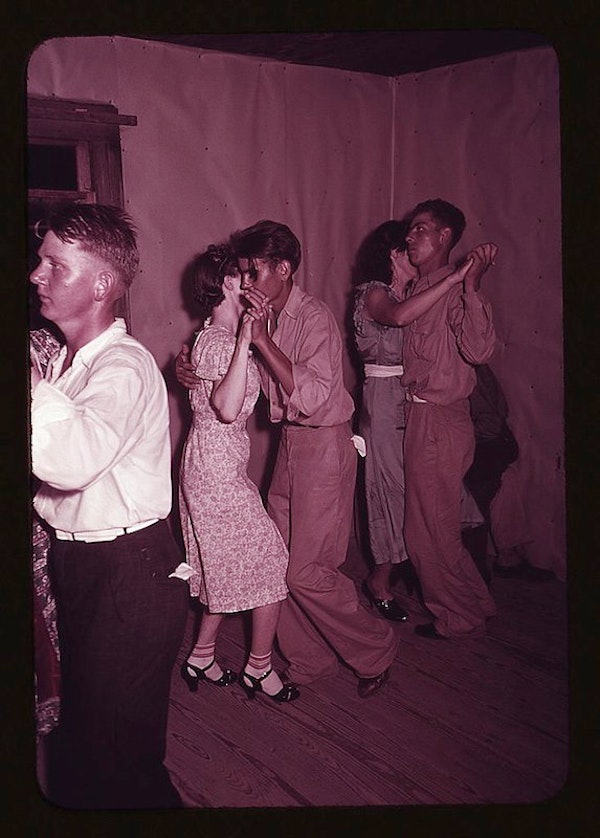