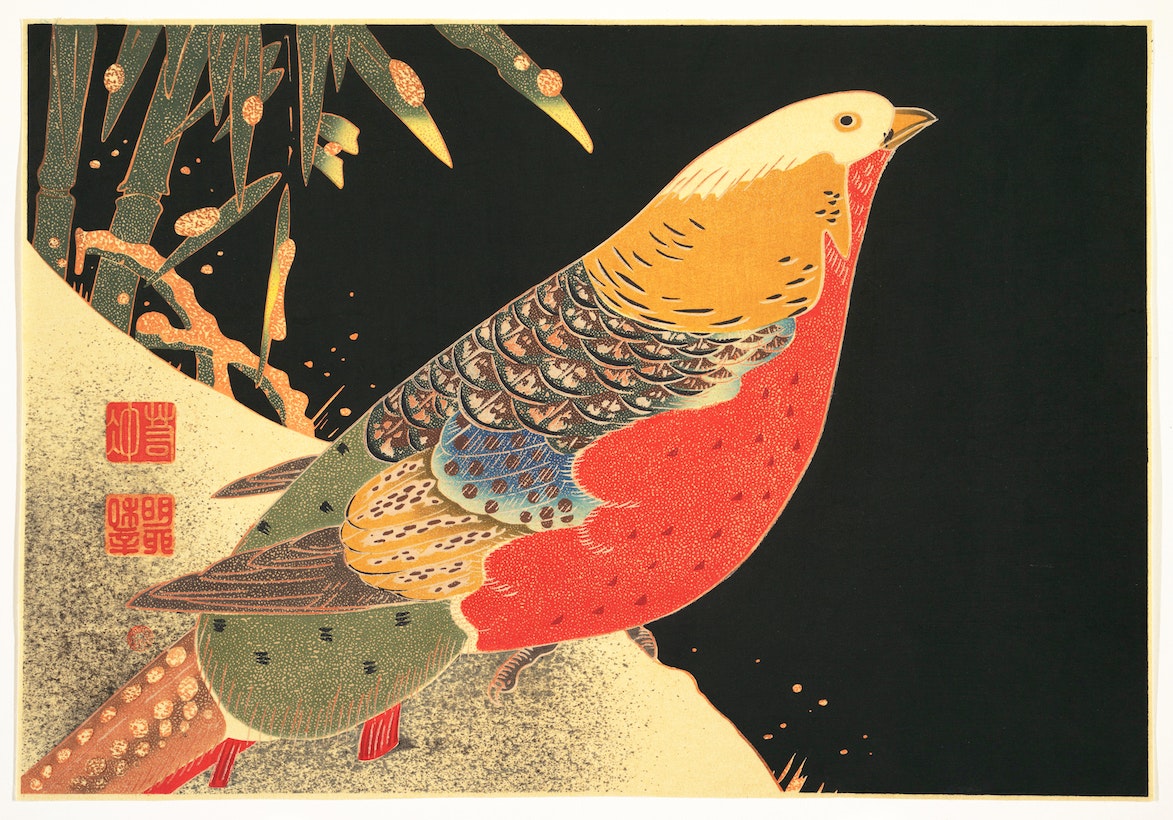 Golden Pheasant in the Snow

These beautiful polychrome woodblock prints are Meiji era copies (ca. 1900) of original designs (ca. 1771) by Itō Jakuchū (1716–1800), a Japanese painter of the mid-Edo period notable for his striking modern aesthetic. Born in Kyoto, Jakuchū was strongly influenced by Zen Buddhist ideals throughout his life and his name is taken from the Tao Te Ching and means "like the void". He was considered a koji (a lay brother) and he named his studio Shin'en-kan, which translates as "Villa of the Detached Heart [or Mind])", a phrase included in a poem by the ancient Chinese poet Tao Qian.

Parrot on the Branch of a Flowering Rose Bush

Red Parrot on the Branch of a Tree