The pictures below are from the National Thanksgiving Turkey Presentation, a ceremony that takes place at the White House every year at which The President of the United States is presented with a live turkey, usually of the Broad Breasted White variety. Since 1989, the first Thanksgiving of President George H. W. Bush, it has been official policy for the president to grant the turkey a "presidential pardon" and thus spare the bird from ending up on the dining table. On Nov. 19, 1963, just days before his assassination, John F Kennedy spontaneously spared a turkey but did not grant an official "pardon". 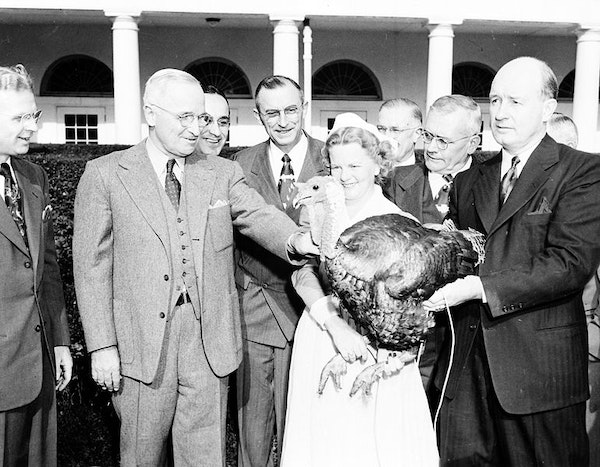 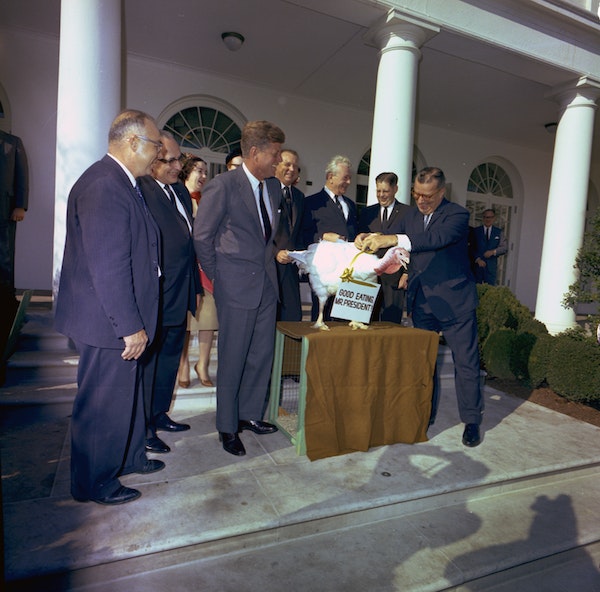 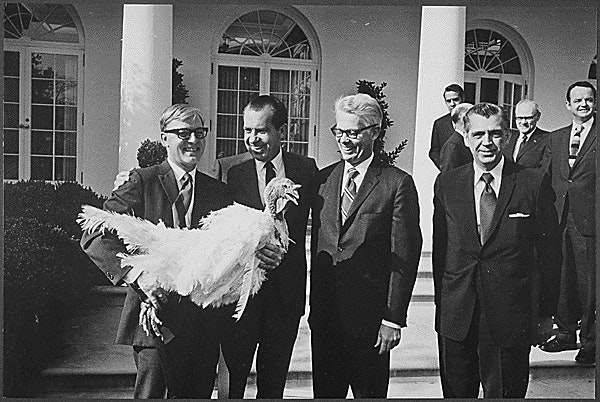 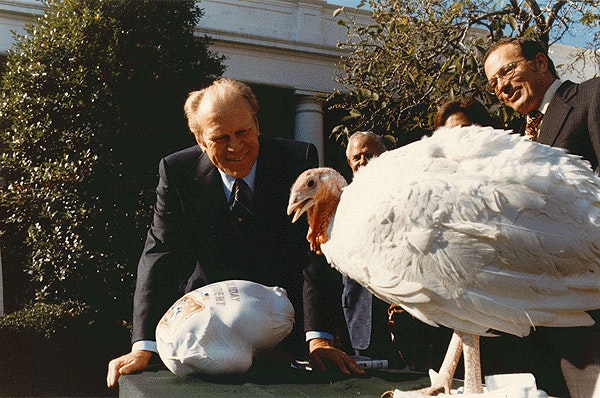 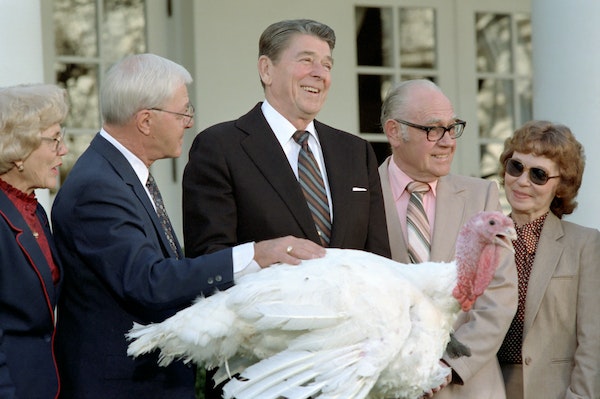 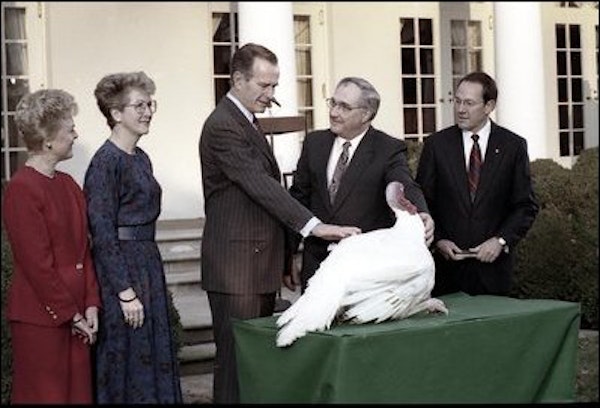 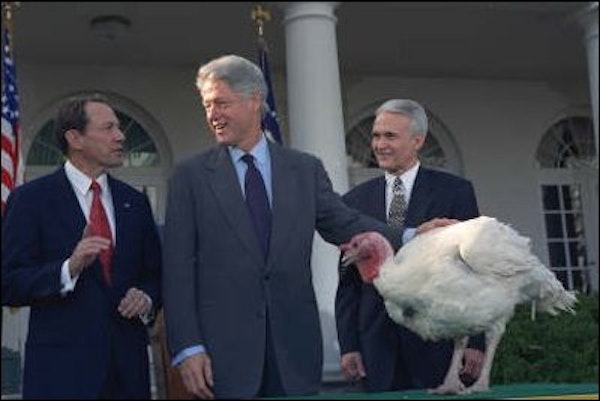 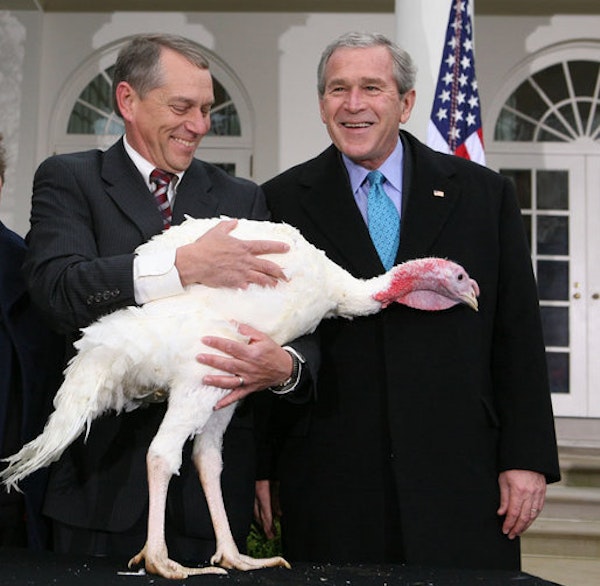 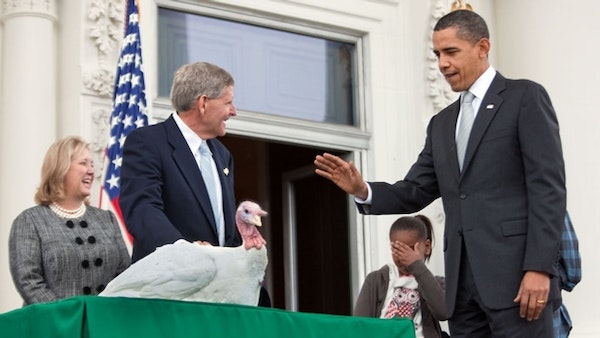