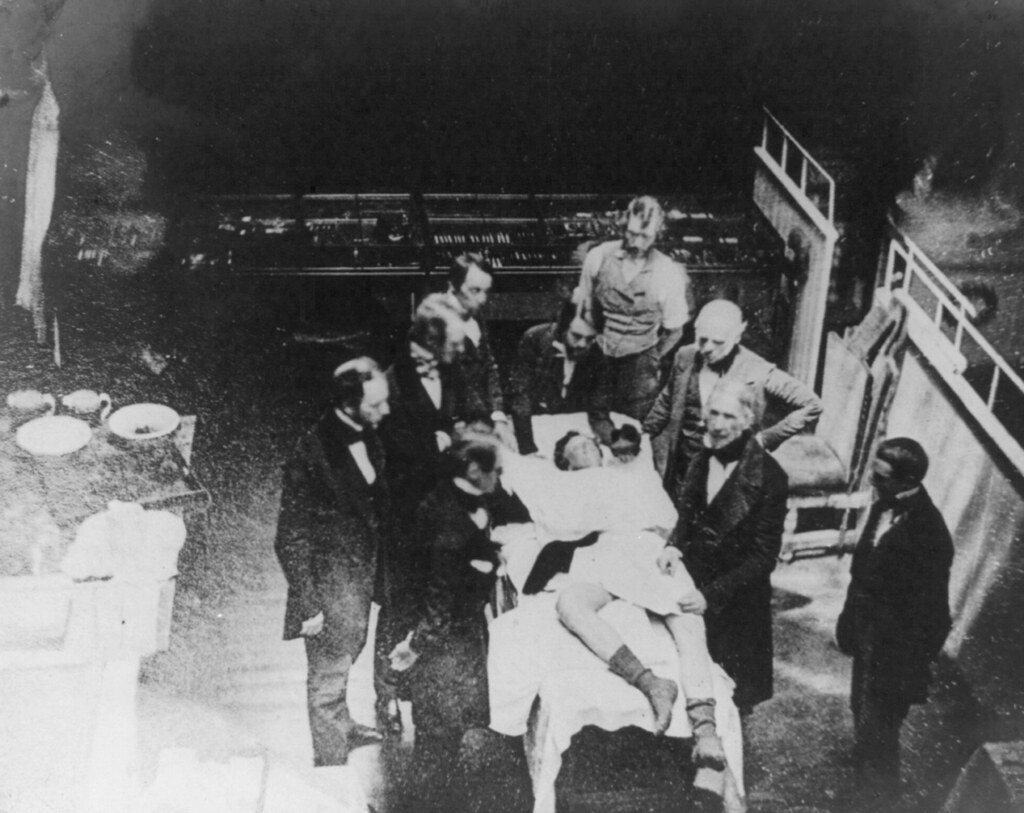 Daguerrotype believed to show a re-enactment of the first operation in which a patient was succesfully anaesthetised with the use of ether. The man posed on the operating table is anonymous but the names given of some of the others standing around are a Mr. Holman and surgeons John Mason Warren, John Collins Warren, George Hayward, Solomon D. Townsend and James Johnson.

The scene reenacts one of the most important moments in medical history. In September of 1846 dentist William T. G. Morton administered ether to one of his patients and removed a tooth without the patient suffering any pain. The surgeon and Professor of Surgery at Harvard University, Henry Jacob Bigelow, read of Morton's use of ether and arranged for a demonstration to be held on October 16 at the Massachusetts General Hospital in Boston. The designated guinea pig was a man in his early twenties, a Mr Edward Gilbert Abbott, who had a tumour on his neck. During the operation, Morton administered the ether, after which Dr John Collins Warren removed the tumour. The operation was a success, although it seems Abbott's tumour changed very little in size. After this, the operating theatre in which the operation was performed came to be known as the "Ether Dome" and the news of ether being used as an anaesthetic spread, the first recorded use of it in Britain being in December of the same year when Robert Liston, a Scottish surgeon known for performing amputations and operations quickly, anaesthetised his patient and amputated the man's leg.