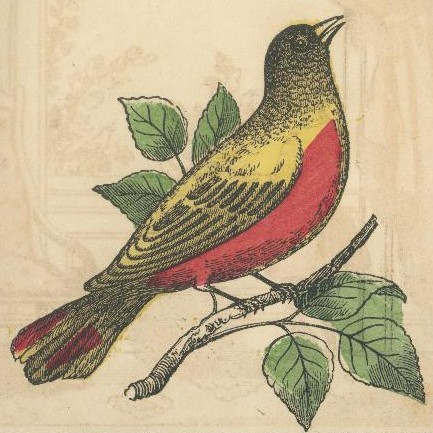 The song “Robin Redbreast” — sometimes listed as “Robin red breast” and having the working title “Happyland” — was composed by Reginald De Koven (1859–1920) who is perhaps best known for the song “Oh Promise Me” (1887), which was later incorporated into his most popular comedic opera Robin Hood (1890). The tenor of the song belongs to John Scantlebury Macdonald (1871–1931), better known as Harry Macdonough. Macdonough was a prolific singer, performing on more than 200 phonographic recordings from 1898 to 1920. Joseph Belmont provides the bird song. He is listed as the whistler on countless tracks of the time period, providing bird songs for other tracks with Macdonough as well as other popular artists of the time such as Byron G. Harlan.