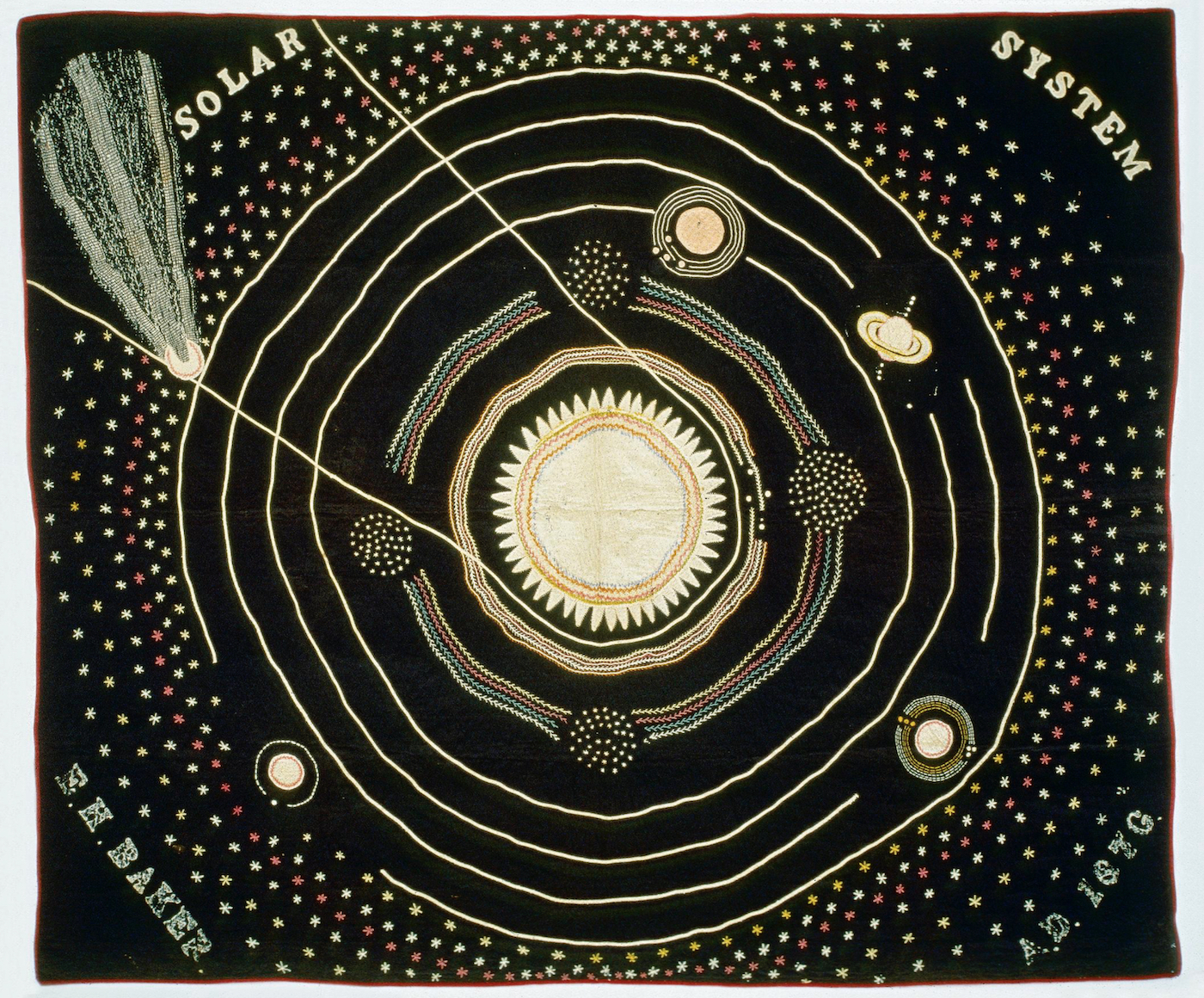 Two years after a naked-eye comet pierced the blanket of night in the spring of 1874, Ellen Harding Baker (1847–1886) began a near decade-long project to bring the stars farther down to Earth: an appliqué quilt depicting the solar system, complete with a green-tailed comet, its slingshot course plotted around the Sun. On this dreamy textile, measuring seven by eight feet, moons orbit their various planets in running stitch, asteroids clump in circular fields, and embroidered stars of wool and silk blaze out in concentric rings of yellow, blue, and red. As Maria Popova notes, Baker was born the same year that Maria Mitchell discovered her eponymous comet, and seems to embody the astronomer’s hope that sewing needles and crewelwork, rather than tack women to domestic tasks, could aid scientific perception. “The eye that directs a needle in the delicate meshes of embroidery” — wrote Mitchell in an 1878 diary entry, at about the time Baker’s quilt was halfway complete — “will equally well bisect a star with the spider web of the micrometer.”

Working as an astronomy teacher in Lone Tree, Iowa, Ellen Harding Baker quilted this representation of the cosmos for her students. News of its completion reached the national press, with the New York Times lightly mocking her pedagogy as “somewhat comical”, but nevertheless praising the quilt’s accuracy and its maker’s diligence for undertaking a trip to a Chicago telescope to view Coggia’s 1874 comet. Using a color palette resembling that of Orra White Hitchcock’s scientific classroom illustrations, and exhibiting a scalar ambition that rivals Emma Willard’s maps of time, Baker joins a lineage of nineteenth-century American women educators who produced visual aids for teaching that are also magnificent works of art.