Thackerayana; Notes & Anecdotes illustrated by nearly six hundred sketches by William Makepeace Thackeray, depicting humorous incidents in his school life, and favourite scenes and characters in the books of his everyday reading. Published anonymously; 1875; Chatto and Windus in London.

A remarkable compendium of nearly six hundred doodles made by the nineteenth-century author William Makepeace Thackeray (1811–1863), author of Vanity Fair. After he died suddenly from a stroke in 1863, the furniture, paintings, and other articles belonging to Thackeray were put up for public auction. Among these items were books in which he had doodled pictures in the margins and flyleaves - some in pencil and some in pen - depicting a huge range of subjects, from a violin-playing skeleton on a hangman's noose to naughty knights and injured angels. These illustrations were collected and published twelve years later under the title of Thackerayana (1875), in a work which combined the pictures with anecdotes from his life and excerpts from works belonging to his library.

A contemporary and a friend of Charles Dickens, Thackeray worked as a journalist and wrote for such magazines as Fraser's Magazine, The Morning Chronicle, and Punch, with his first full-length work of fiction Catherine: A Story appearing in Fraser's Magazine between 1839 - 1840. Nowadays, he is not as widely read as Dickens, with Vanity Fair (1848) remaining as his most well-known work of fiction. 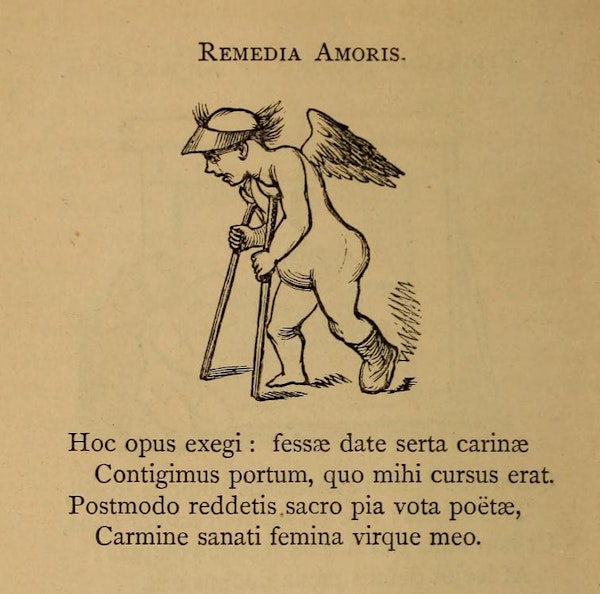