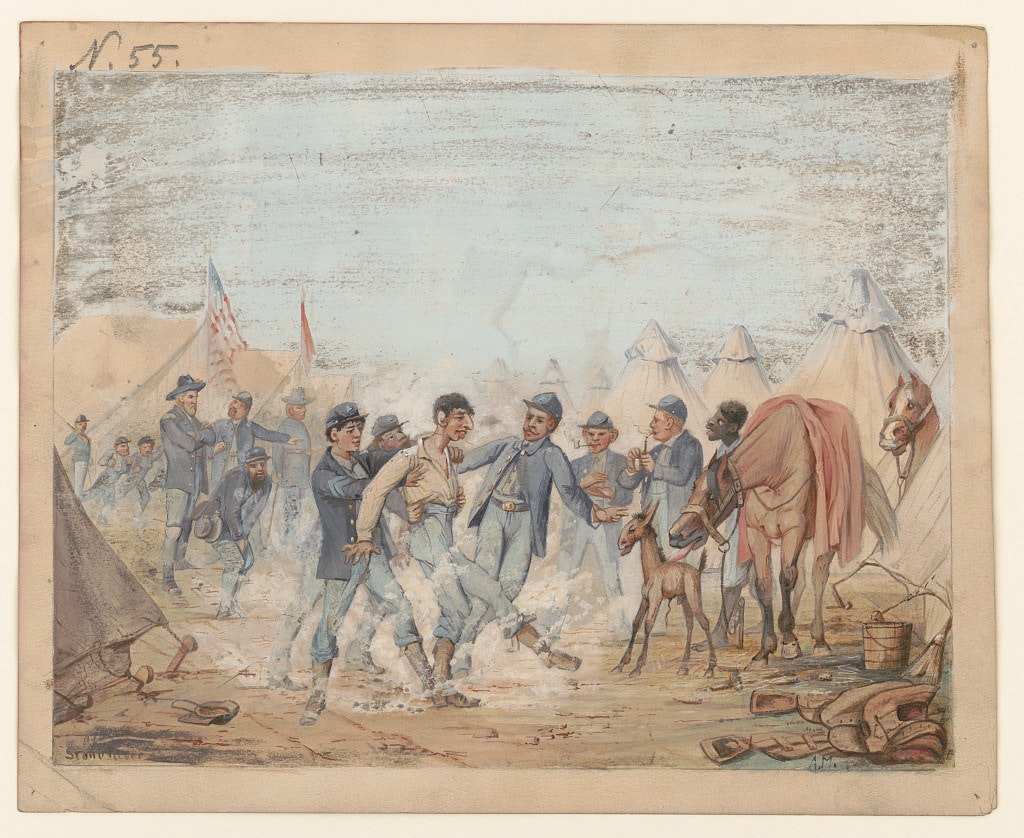 From gilt-framed ambrotypes of glassy-eyed new recruits to grim and grainy shots of the muddy dead, the American Civil War was the first major conflict to leave behind an extensive photographic record. Apart from the stylised scenes of battle that found their way on to painted canvas, it is perhaps to these photographs that one might automatically tend if asked to think of the visual record of the war. However, in both the photographic record and the more official war art, as engaging as they can be, there does seem to be something important missing: the immediacy and intimacy of everyday life as a soldier. This is why the collection of sketches, drawings, and watercolours left to us by Adolph G. Metzner — during his three years of service with the 1st German, 32nd Regiment Indiana Infantry — are of such special value. We see the camps not through a haze of indistinct monotone, but instead enlivened with human colour. Battlefields are not softened by the many careful hours in the painter's studio, with their choreography and crafted composition, but instead carry a certain rawness of proximity. The gift of Metzner's collection can be seen most starkly in his portraits of people, especially when compared to their photographic counterparts. See, for example, the two images below. On the left, a photograph of Lieutenant Colonel Karl Friedrich Heinrich von Trebra, Union officer in the 32nd Indiana Regiment, and on the right, Metzner's caricature. 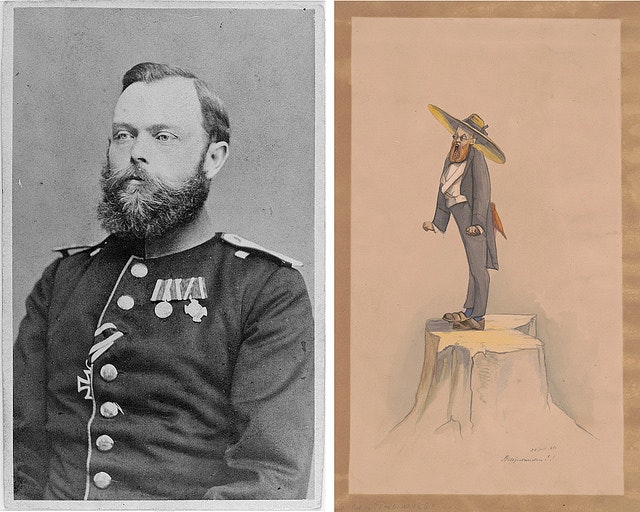 Another example with Private Jacob Labinsky, a compelling figure who crops up again and again in Metzner's work. 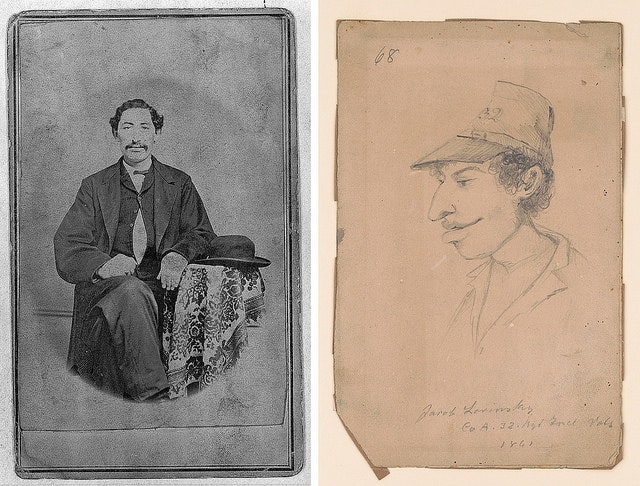 Of all the characters given life by Metzner it is this Labinsky (or Lawinsky) who stands out. Labelled by Metzner as “The Camp Comedian”, we see Labinsky as the humorous heart of camp life (see lead image above) -- even when fleeing in terror from Confederate bullets there seems to be the faintest touch of comedy to the scene (see below). We did a bit of digging and found that Labinsky served as a valet through many of the regiment’s campaigns, "but deserted while on detached service April 2, 1864", only to return four months later. He survived the war, and ended up with a wife and four children, and a 13-acre farm with some goats, cows, and a horse.

As for Metzner himself, he was actually born in a small village in southwestern Germany, in 1834, emigrating to the United States as a young man in 1856, where he established himself as a druggist in Louisville, Kentucky. Four months into the Civil War he traveled to Indianapolis to get involved with the German regiment and begun his remarkable visual diary almost immediately. As the war progressed, and more comrades fell, the tone of his output can be seen to shift — the humorous giving way to the sombre — with a definite turning point being the horrors of the Battle of Shiloh in April, 1862. Returning to Indianapolis in 1864 due to injury (he was shot in the leg), Metzner created at least one oil painting from his wartime sketches but did not continue in a professional capacity. Instead he partnered with Frank Erdelmeyer, his former Union Army commander, to open A. Metzner and Company, a local pharmacy, and then, eventually, a company dedicated to producing high quality enameled artistic tile and ceramic glazes.