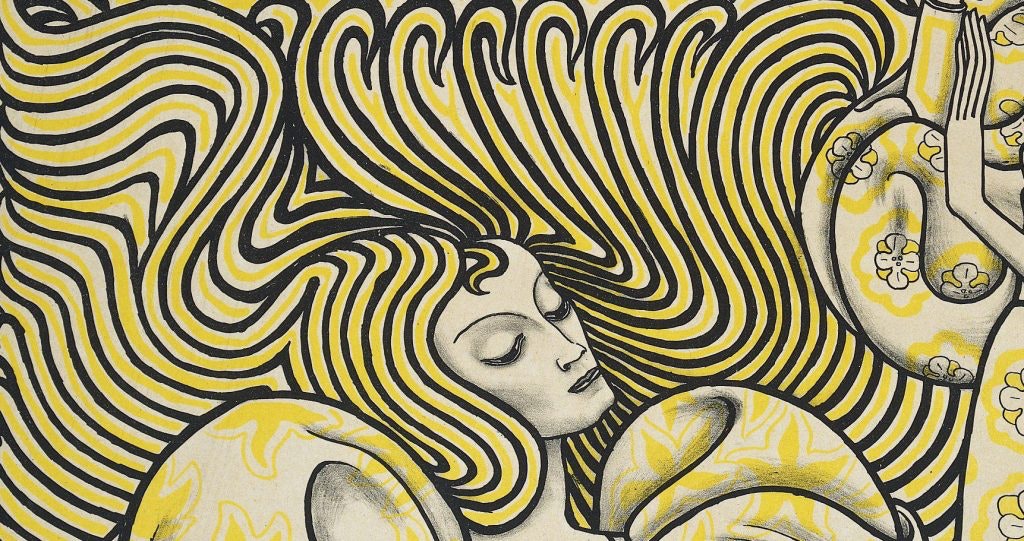 In 1894, the Nederlandse Olie Fabriek (The Dutch Oil Company) commissioned a poster to advertise their "salad oil" — so iconic did the resulting artwork become, with its stylised swathes of dress and hair, that it lent the Dutch Art Nouveau its moniker, the "salad oil style". The artist behind the image, and the man at the heart of the influential movement it came to represent, was Jan Toorop (1858–1928). Born on the island of Java in the Dutch East Indies, Toorop settled in the Netherlands at the age of eleven. After studying art at the Rijksakademie in Amsterdam, he’d spend his time between The Hague, Brussels, England (where his wife was from), and, after 1890, the Dutch seaside town of Katwijk aan Zee. It was during this time that he developed his distinctive style: highly stylised figures, embedded in complex curvilinear designs, with his dynamic line showing influence from his Javanese roots. While perhaps most famous for turning these techniques to his exquisite poster designs, Toorop also produced a substantial body of work far removed from the anodyne demands of the advertising industry, beautiful but haunting works dealing with darker subjects such as loss of faith and death.

Poster for a rural social rehabilitation institution in Beekbergen, 1896 — Source

The State Treasury, or the Hearth Cities, 1895 — Source