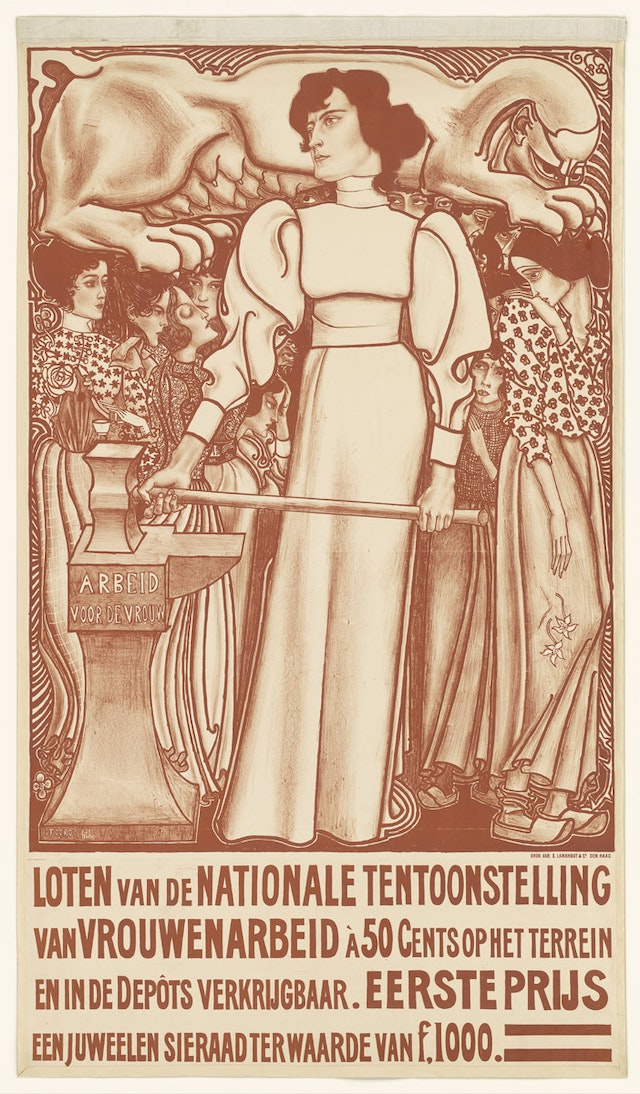 Poster promoting the 1898 National Woman's Labour Exhibition lottery - a commision for which Toorop waived payment. Born on the island of Java in the Dutch East Indies, Jan Toorop (1858 - 1928) settled in the Netherlands at the age of 11. After studying art at the Rijksakademie in Amsterdam, he'd spend his time between The Hague, Brussels, England (where his wife was from), and, after 1890, the Dutch seaside town of Katwijk aan Zee. It was during this time that he developed his distinctive Symbolist style: highly stylised figures, embedded in complex curvilinear designs, with his dynamic line showing influence from his Javanese roots. (Image source: Rijksmuseum)