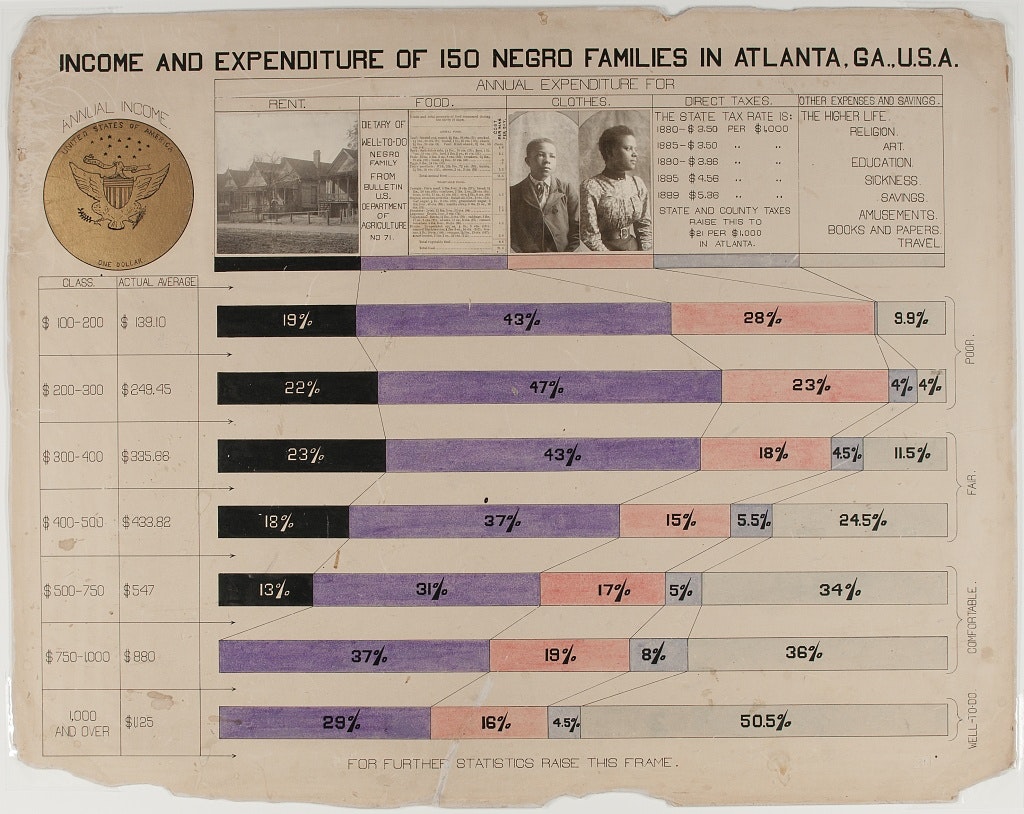 William Edward Burghardt "W. E. B." Du Bois — sociologist, historian, activist, Pan-Africanist, and prolific author — had also, it turns out, a mighty fine eye for graphic design. Born in Great Barrington, Massachusetts in 1868, Du Bois studied at Fisk University, Humboldt University in Berlin, and Harvard (where he was the first African American to earn a doctorate), and in 1897 he became a professor of history, sociology and economics at Atlanta University. Two years later he published his first major academic work The Philadelphia Negro (1899), a detailed and comprehensive sociological study of the African-American people of Philadelphia, based on his earlier field work. The following year, along with collaborators Thomas J. Calloway and Daniel Murray, Du Bois travelled to Europe, firstly to the First Pan-African Conference held in London, and then to the Paris Exposition to present a groundbreaking exhibition on the state of African-American life — "The Exhibit of American Negroes" — which, according to Du Bois, attempted to show "(a) The history of the American Negro. (b) His present condition. (c) His education. (d) His literature." 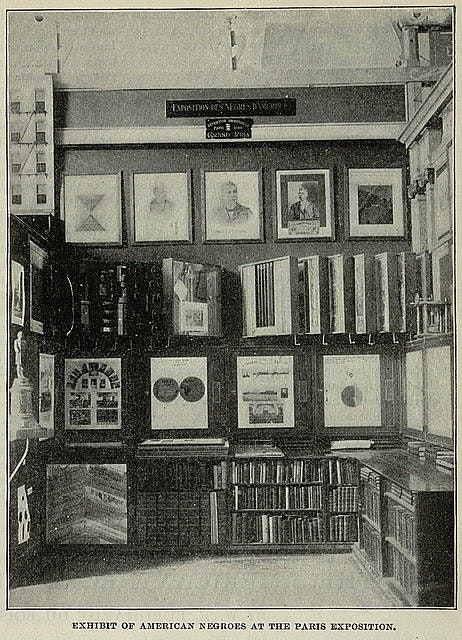 In addition to an extensive collection of photographs, four volumes containing 400 official patents by African Americans, more than 200 books penned by African-American authors, various maps, and a statuette of Frederick Douglass, the exhibition featured a total of fifty-eight stunning hand-drawn charts (a selection of which we present below). Created by Du Bois and his students at Atlanta, the charts, many of which focus on economic life in Georgia, managed to condense an enormous amount of data into a set of aesthetically daring and easily digestible visualisations. As Alison Meier notes in Hyperallergic, "they’re strikingly vibrant and modern, almost anticipating the crossing lines of Piet Mondrian or the intersecting shapes of Wassily Kandinsky".

While the exhibition was pretty much ignored by the mainstream US press, it can be seen as very much a milestone in the fight for equal rights. Although separate from the main United States national building of the Paris Exposition, "The Exhibit of American Negroes" occupied one fourth of the total exhibition space allocated to the US in the multinational Palace of Social Economy and Congresses, and an estimated 50 million people passed through during the 7 months it was up. Back home Black periodicals like The Colored American wrote extensively about the project, and no doubt galvanised a new generation of activists. Du Bois himself would go on to rise to national prominence as leader of the Niagara Movement, a group of African-American activists campaigning for equal rights, and as co-founder of the National Association for the Advancement of Colored People (NAACP) in 1909.