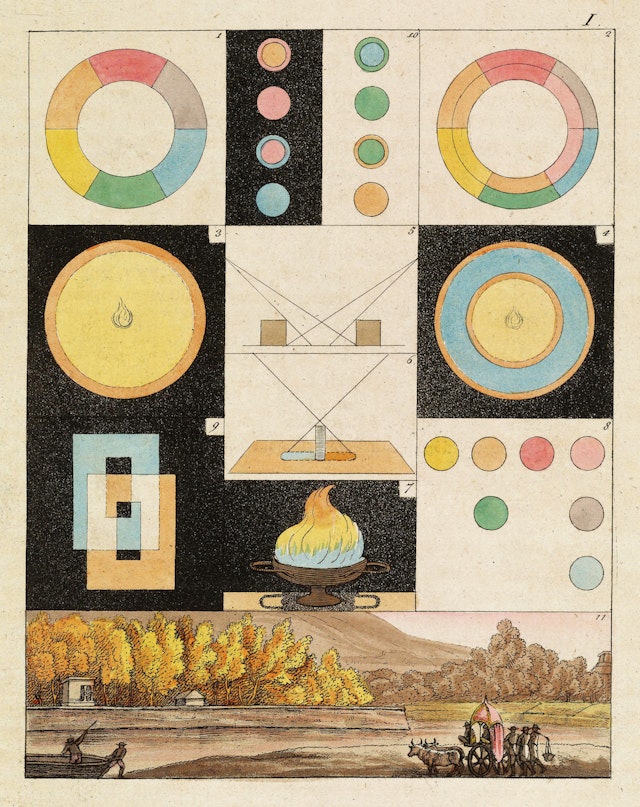 Colour chart from Johann Wolfgang von Goethe's groundbreaking Theory of Colours (Zur Farbenlehre) in which he espouses his views on the nature of colours and how these are perceived by humans. Translated into English in 1840 the book became incredibly influential amongst artists, including Philipp Otto Runge, the Pre-Raphaelites. J. M. W. Turner and Wassily Kandinsky who considered it "one of the most important works". (Image source: Smithsonian Libraries)