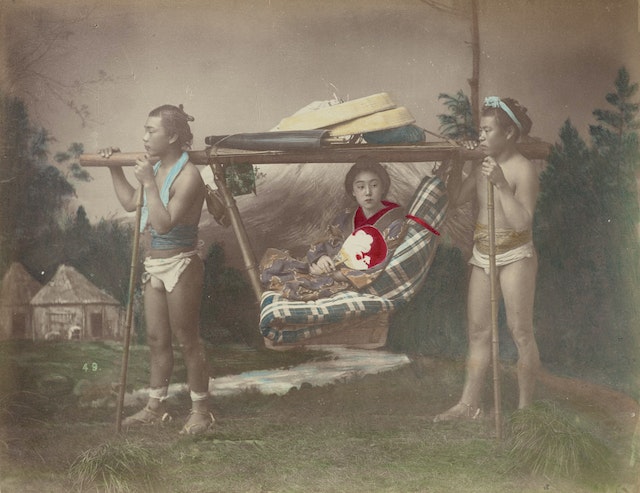 Working for many years with the European photographers Felice Beato and Baron Raimund von Stillfried as a photographic colourist and assistant, in 1881 the Japanese photographer Kusakabe Kimbei finally opened his own workshop in the Benten-d-ri quarter of Yokohama. He'd soon establish himself as one of the most respected and successful Japanese photographers of his generation, opening another studio in Yokohama's Honmachi quarter 1889, and also a branch in the Ginza quarter of Tokyo. (Image source: The Getty)