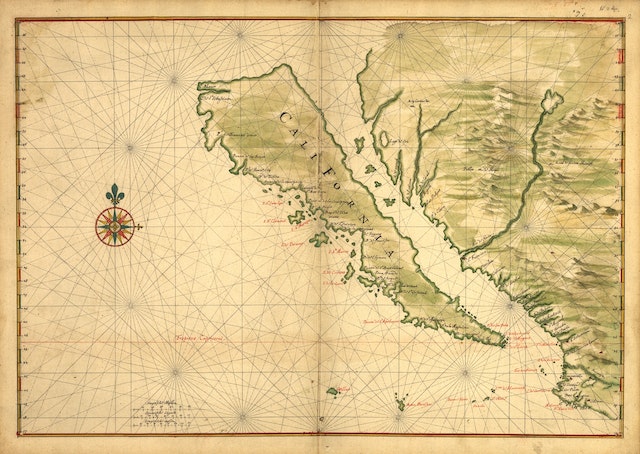 Map of California as an Island

Fine example of the several 17th-century maps reflecting the misconception, propagated by various confused reports from Spanish explorers, that California was separated from mainland North America by a strait now known as the Gulf of California. The idea persisted despite contradictory evidence from various explorers at the time, but was finally laid to rest with the expeditions of Juan Bautista de Anza in 1774 - 1776.