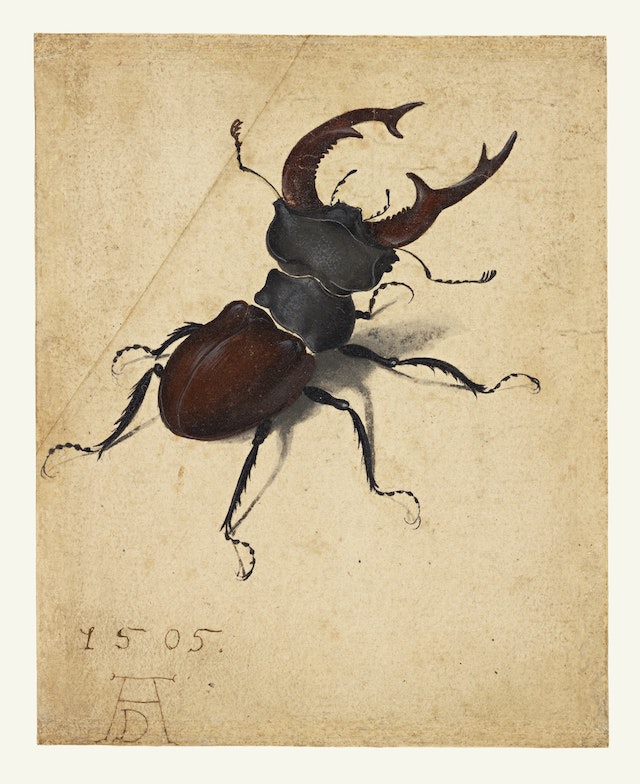 The Stag Beetle is one of Dürer's most influential and most copied nature studies. Singling out a beetle as the focal point of a work of art was unprecedented in 1505, when most of Dürer's contemporaries believed that insects were the lowest of creatures. Dürer's keen interest in nature, however, was a typical manifestation of the Renaissance. This beetle, rendered with such care and respect, seems almost heroic as he looms above the page. (Source: The Getty)