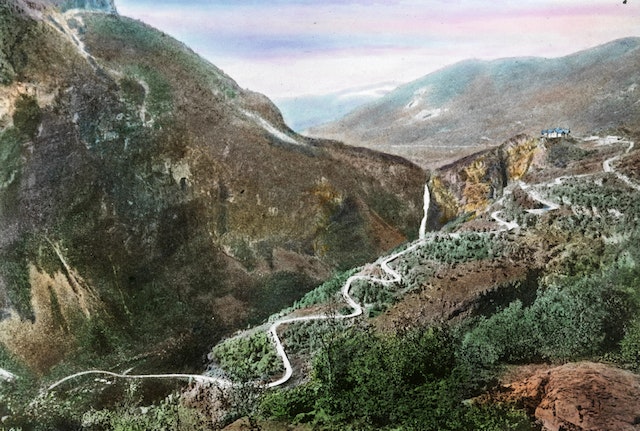 From a selection of early-20th-century hand-coloured lantern slides held at the county archives of Sogn og Fjordane, a county in the west of Norway famous for its stunning vistas of high mountains and deep blue fjords. Although for many of the slides the identity of the creator is not certain, we do know a few to be the work of British photographer Samuel J. Beckett, who also produced a book on Norway titled The Fjords and Folk of Norway, first published in 1915. (Image source: Fylkesarkivet i Sogn og Fjordane via Flickr Commons)