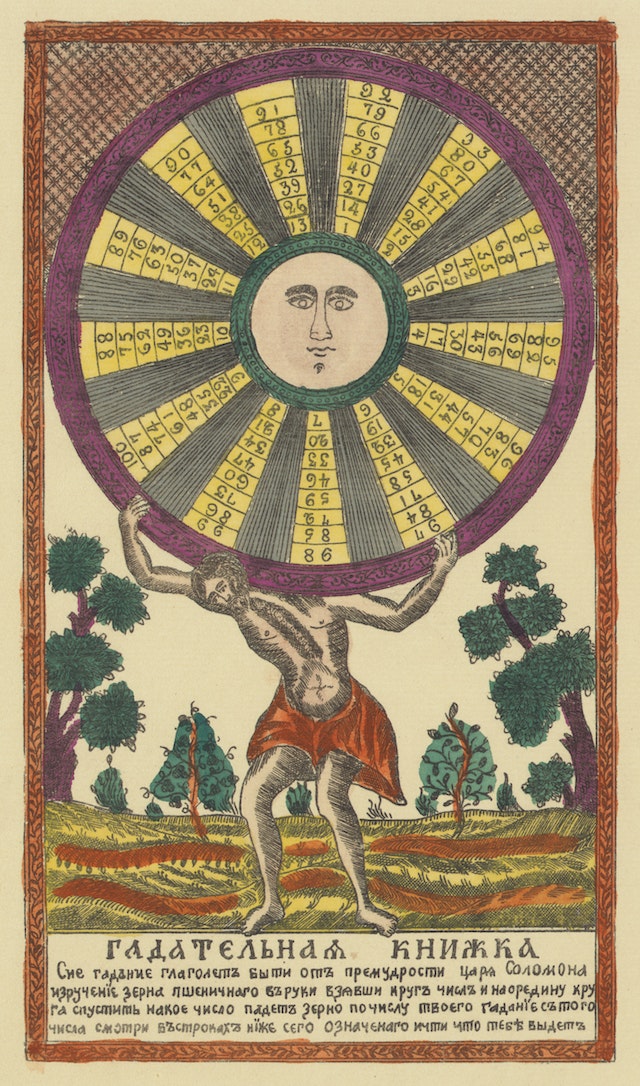 The Book of Divination

Under the heading of "The Book of Divination", the text at the bottom translates roughly as "This divination of one's future comes from King Solomon's wisdom, for the one who takes numbers circle and drops a wheat grain in the center of it. On which number the grain falls, such number is your divination." A subsequent key then would tell you your future according to the number chosen. A so-called Lubok print from the collection of Dmitriĭ Aleksandrovich Rovinskiĭ (1824-1895). (Source: New York Public Library).