Coloured Engravings of the Fugger Family

Throughout the course of the 15th and 16th century The Fugger Family from Augsburg became became one of Europe's most powerful merchant dynasties. They replaced the de' Medici family as probably Europe's most influential family, taking over many of the Medici assets as well as their political power and influence. Ennobled at the beginning of the 16th century, the Fuggers began to withdraw step by step from business during the second half of the century and as the 1600s began adopted an aristocratic lifestyle. Jakob Fugger, who died in 1525, is considered to be one of the richest persons of all time, and is today referred to as Jakob Fugger 'the rich'. The series of images below are a selection from the Fuggerorum et Fuggerarum. Quae in familia natae. Quaève in familiam transiervnt. Quot extant aere expressae imagines, a limited edition of highly elaborate coloured engravings, published exclusively in 1593 and 1618 for the family members which they depicted. The work was commissioned by Philipp Eduard Fugger and carried out in the most part by the Augsburg engraver Dominicus Custos (see also his Atrium Heroicum) 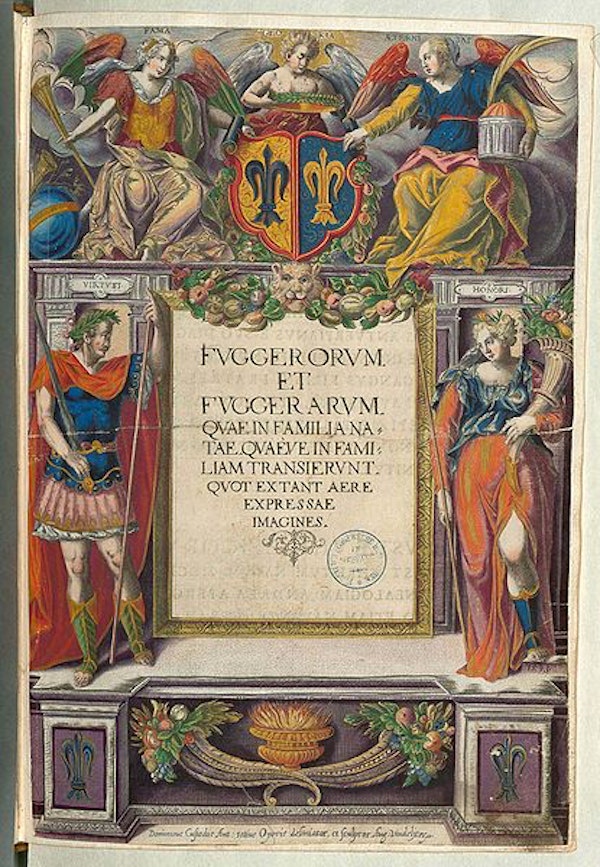 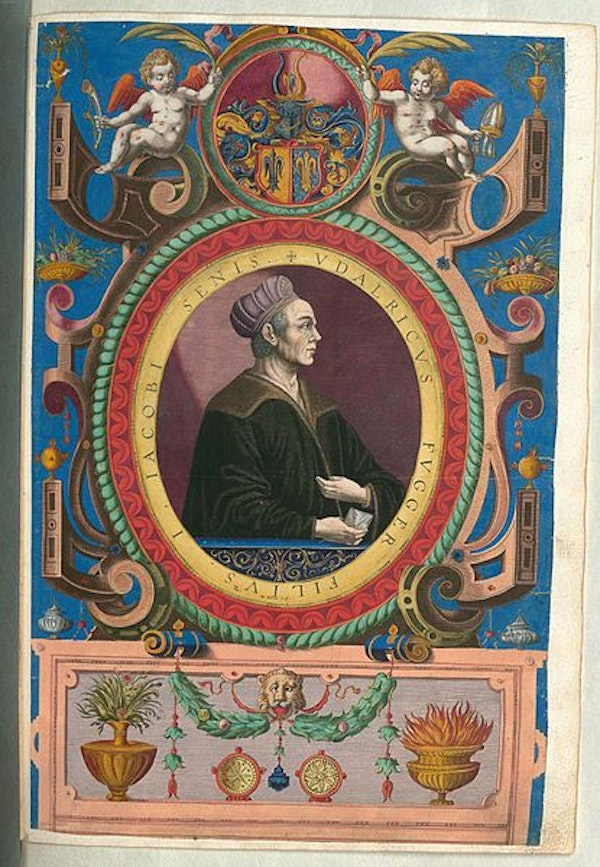 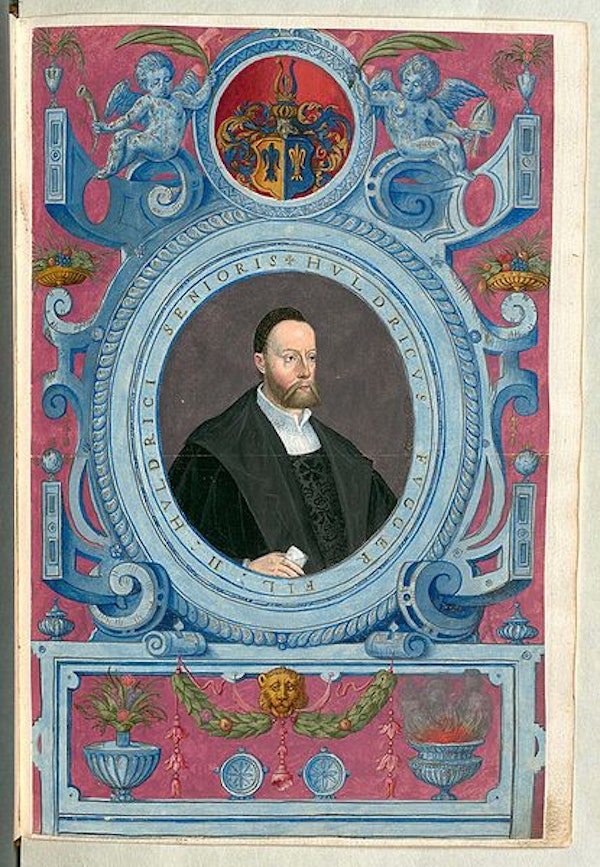 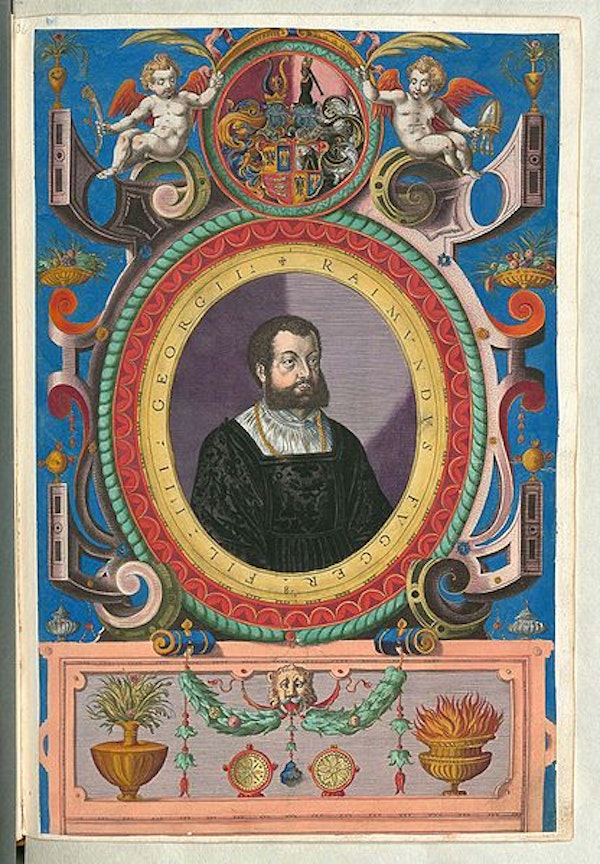 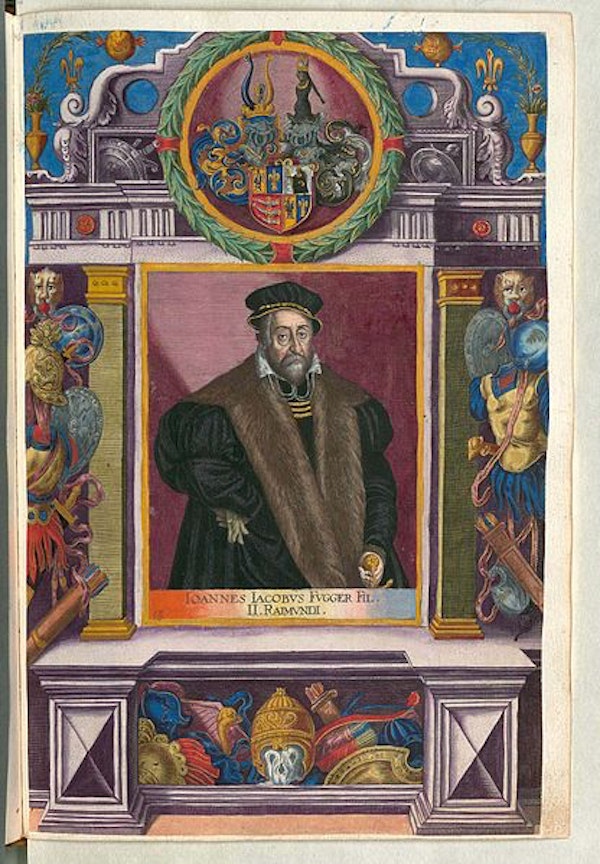 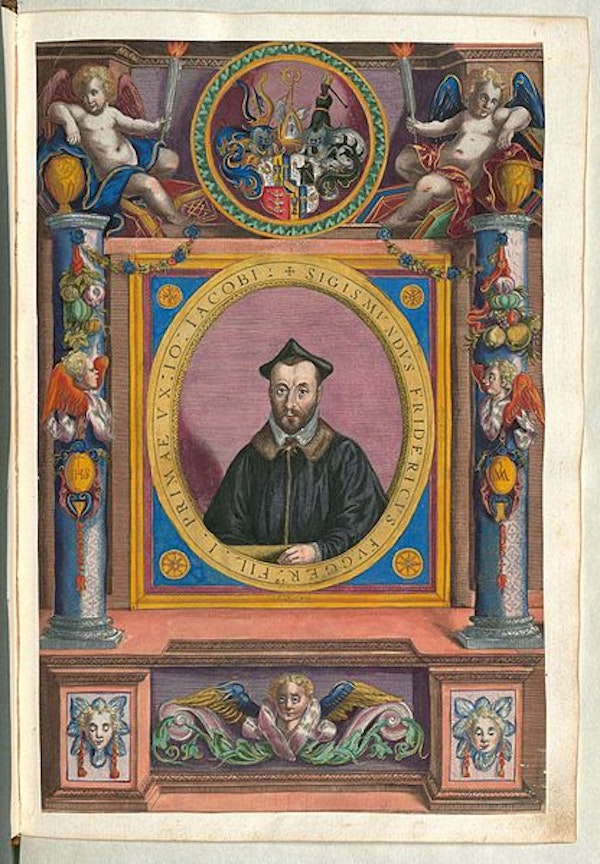 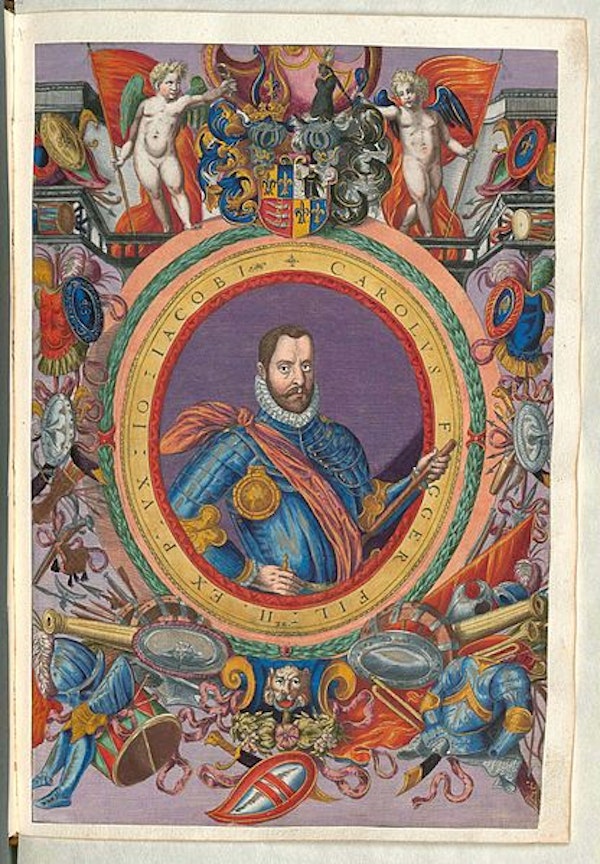 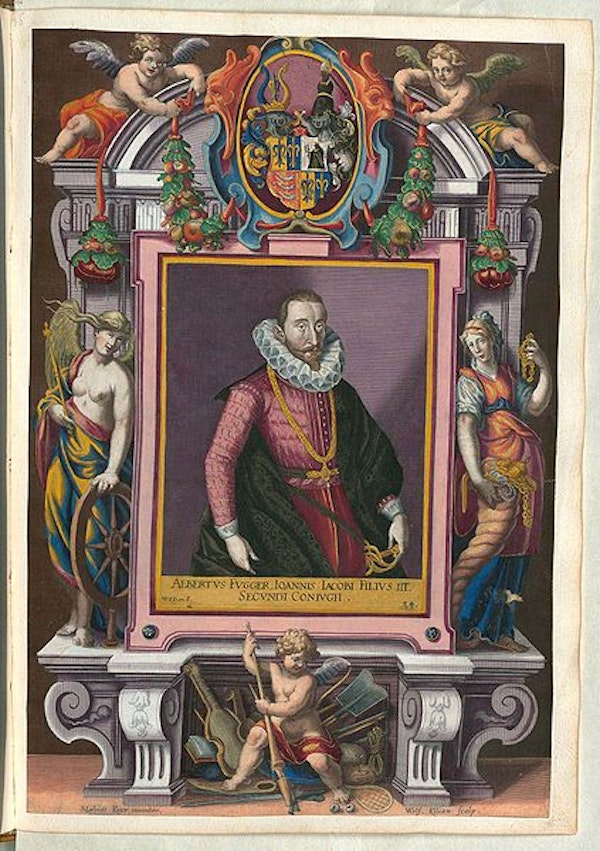 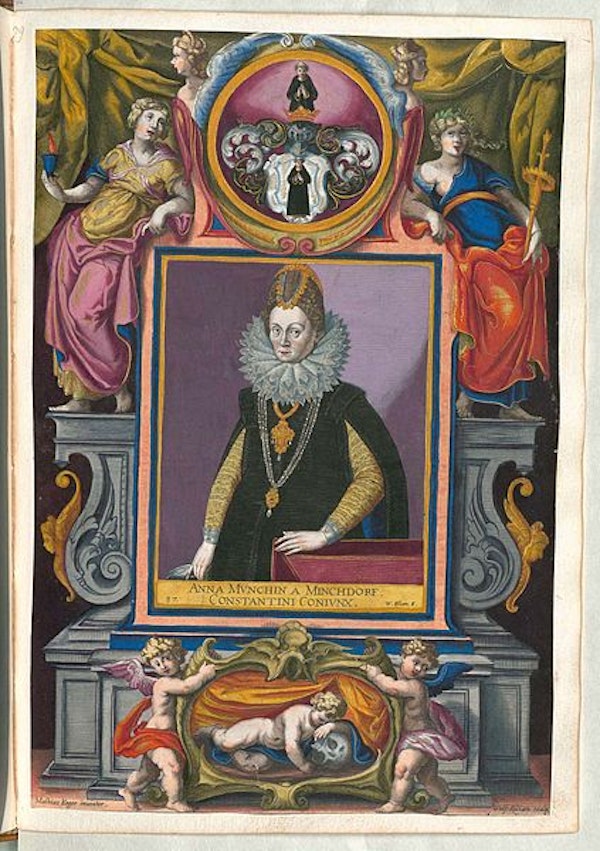 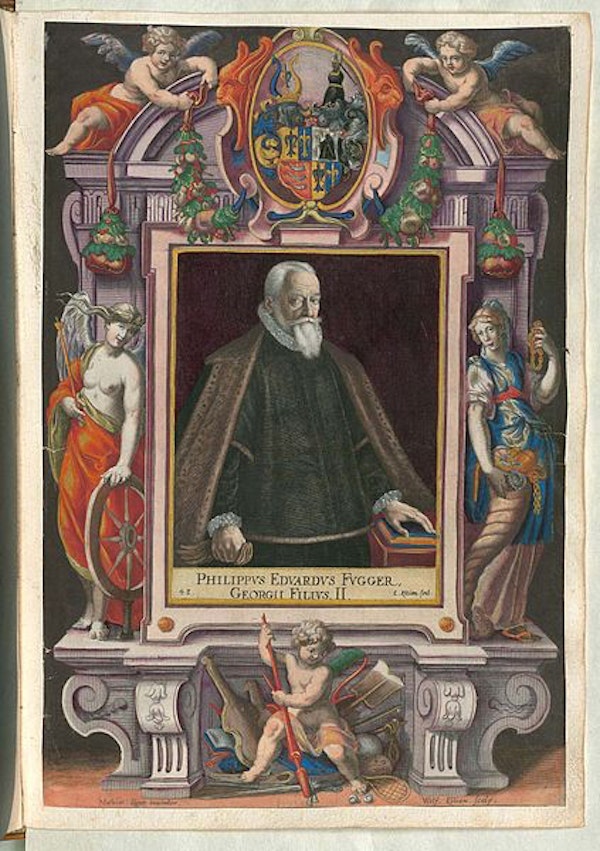 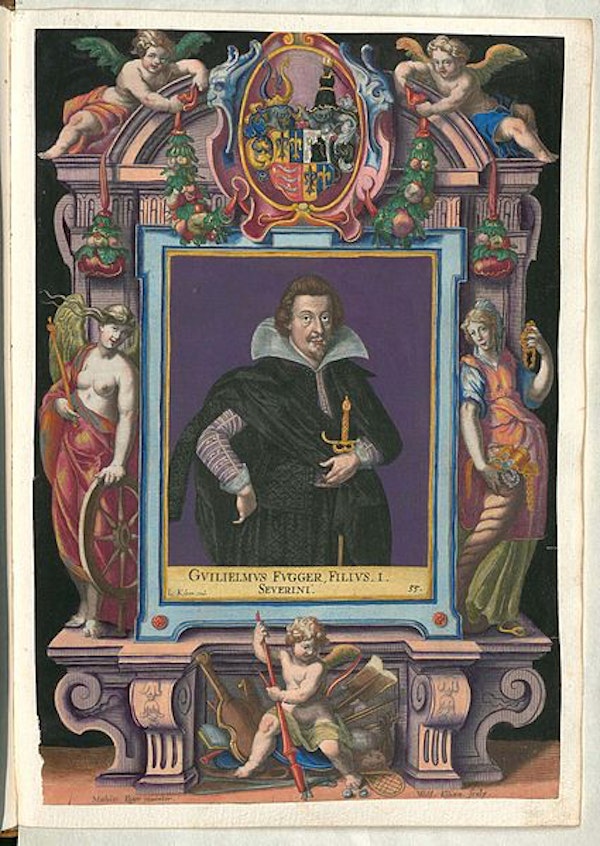 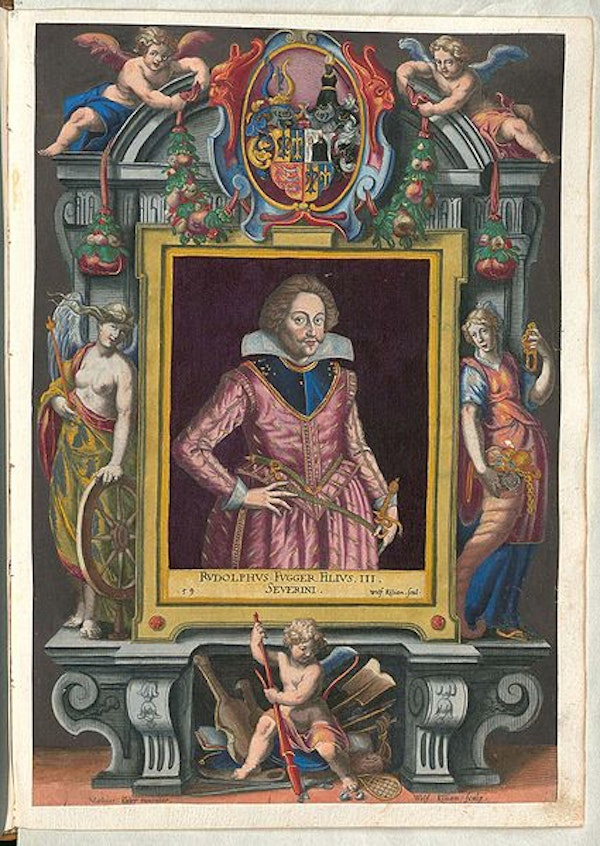 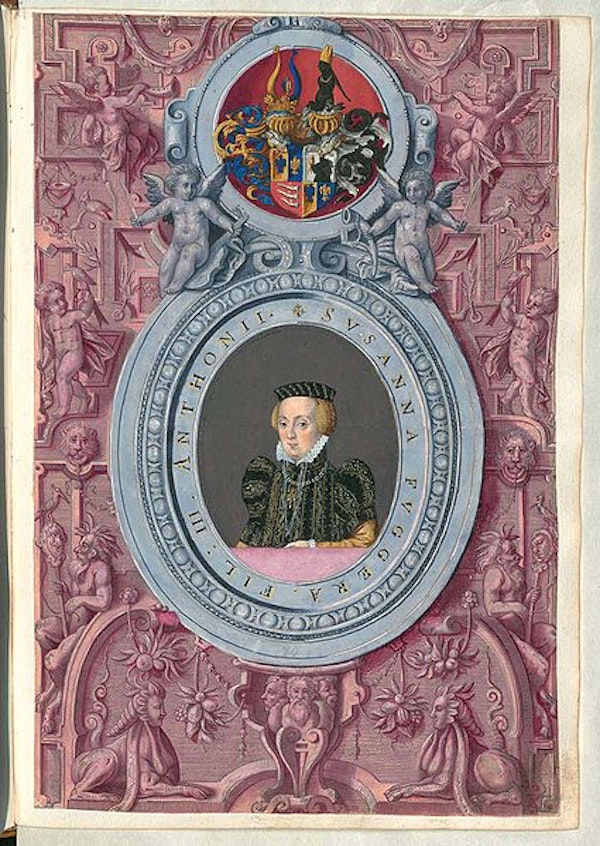 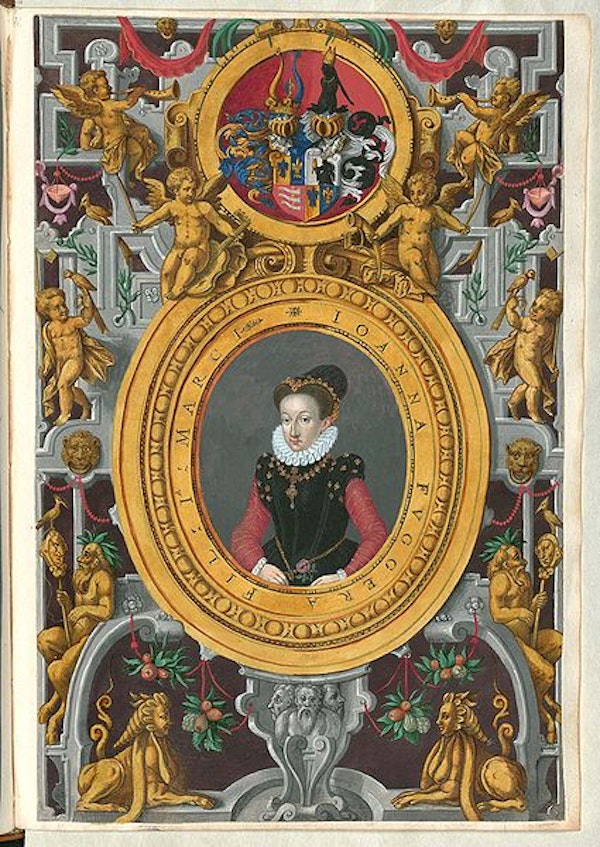 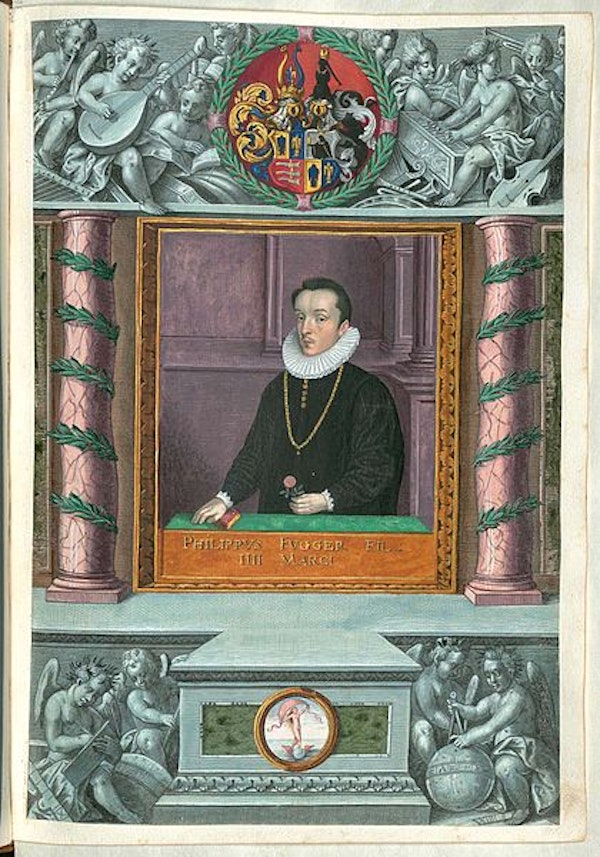 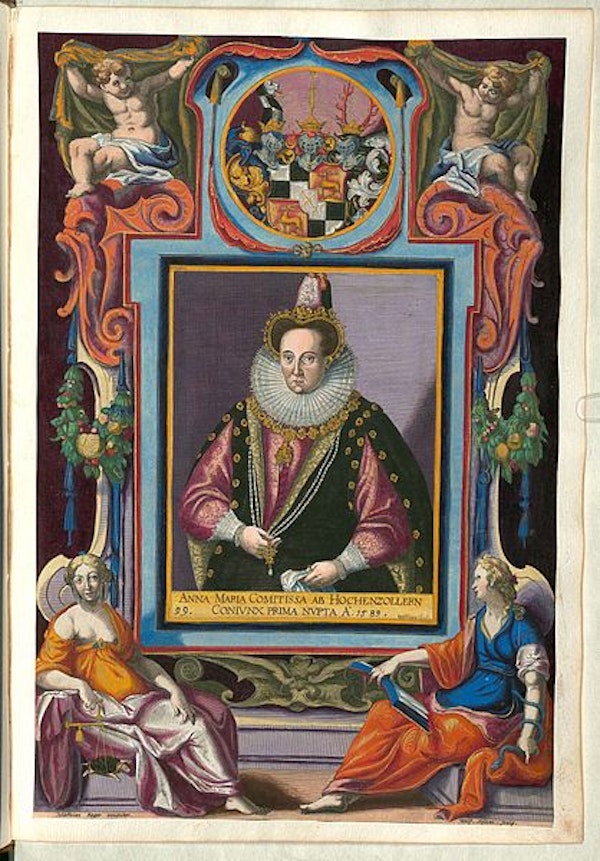 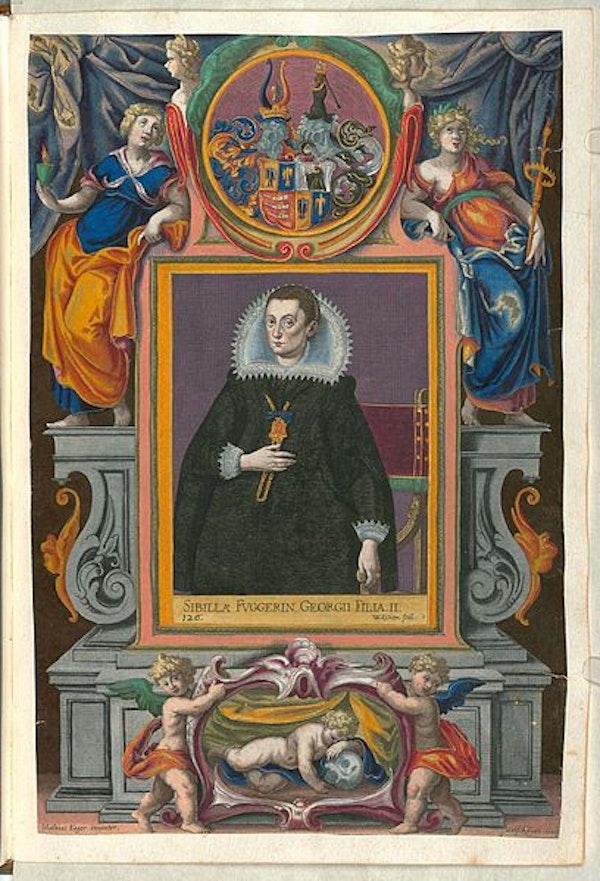