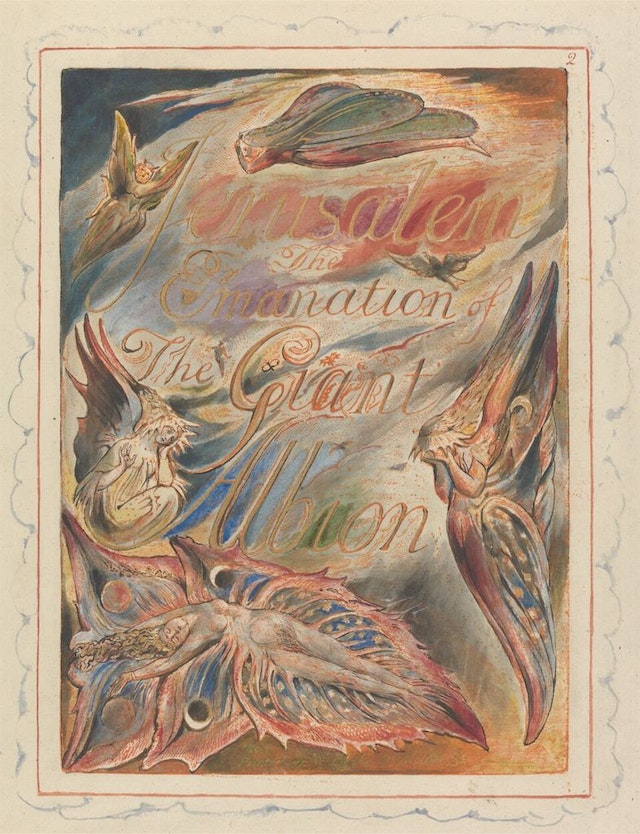 One of the 100 etched and illustrated plates that make up William Blake's epic poem Jerusalem: The Emanation of the Giant Albion which he worked on from 1804 to 1820. Blake's longest poem, Jerusalem is a complex and symbolllicaly dense piece, telling the story of the fall of Albion, who is at once an embodiment of mankind, Britain, and the western world in general.The stunning illustrated plates were formed using "illuminated printing", Blake's self-devised technique which required each copy to be individually coloured and produced, plate by plate. (Image source: Yale Center for British Art)